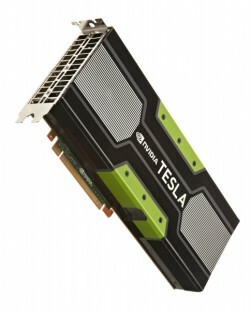 Based on current gaming requirements the Tesla K20X is considered one of the weakest cards and wont meet modern AAA game specs.

How well will the Tesla K20X run 2022 games? We will take a look at the biggest releases and frames per second analysis on Ultra graphics settings. This card runs recommended graphics requirements of 130 games from the top 1000 most demanding games being played today.

The 1080p FPS on Ultra for the Tesla K20X shows us that Resident Evil 8 is getting a weak result of 0 FPS, and then we are seeing Battlefield 2042 returning a weak 0 FPS while another game on our list is the Star Citizen which is predicted to get 23 frames per second at Ultra 1080p.

Increasing resolution to 1440p is something a number of PC gamers are doing today. We tested the Tesla K20X at 1440p with Battlefield 2042, which got a weak set of FPS results. These were, Low: 0 FPS, Medium: 0 FPS, High: 0 FPS and Ultra: 0 FPS. We then checked out Star Citizen which we predict would have a set of graphics results as followed, L: 46FPS, M: 36FPS, H: 25FPS, U: 18FPS. And another popular game was Resident Evil 8 that returned L: 0FPS, M: 0FPS, H: 0FPS, U: 0FPS at 1440p. 1440p gaming on the Tesla K20X is unable to perform adequately across modern games at this increased resolution.

Tesla K20X is a high-end professional GPU created for server purposes only.
It's designed to solve the most complex high performance computing problems out there and based on the Kepler GK110, featuring a CUDA Count core of 2688 but the drivers aren't certified for games. Therefore, even if Tesla K20X is powerful enough for even the most demanding games, it might not be compatible.
Tesla K20X is NVIDIA'S most powerful server solution as of November 2012 and still more efficient compared to the Fermi based Professional GPUs since the Kepler's Shaders are thrice as efficient as Fermi Shaders.
Its gaming performance is below GeForce GTX Titan due to being under-clocked and having no driver support for games.