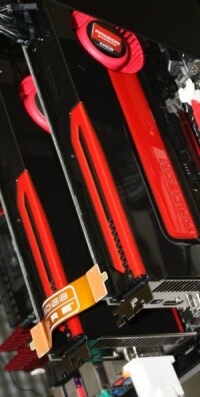 The Radeon HD 7870 Crossfire is a very low performing piece of gaming hardware and can probably only run indie system requirements.

How well will the Radeon HD 7870 Crossfire run 2022 games? We will take a look at the biggest releases and frames per second analysis on Ultra graphics settings. This card runs recommended graphics requirements of 254 games from the top 1000 most demanding games being played today.

A Radeon HD 7870 Crossfire card at 1080p is predicted to see a weak frame rate when running Grand Theft Auto VI on Ultra - 0 FPS. Lets look at the performance its getting on Back 4 Blood which is 24 FPS. To add a bit more variety lets see how the popular FIFA 22 performs on this hardware, which gets a good 71 FPS.

With PC gamers looking for larger screen sizes like 1440p we tested the Radeon HD 7870 Crossfire by researching Grand Theft Auto VI leading us to predict a weak performance. Its FPS predictions for the graphics settings are as follows - L: 0FPS, M: 0FPS, H: 0FPS, U: 0FPS. Another popular game we tested with this card was Back 4 Blood and that was weak. This graphics card delivered 18 FPS at Ultra 1440p. Another popular title was FIFA 22 which gets reasonable results with a 54FPS on Ultra 1440p. Running games at 1440p with a Radeon HD 7870 Crossfire is going to struggle to keep a solid FPS, but a modern game could have a few options tweaked to get it playable at this res but on low graphics settings.

Radeon HD 7870 Crossfire is a solution of two Radeon HD 7870 put together using AMD'S Crossfire technology.
Check the page of Radeon HD 7870 to know more about its chip.
Crossfire relies a lot on proper driver support and may suffer from micro-stuttering in lower frame rates (below 30). Benchmarks indicate the performance is overall, is up to 44% better than a single Radeon HD 7870 performing by itself it might be worse (depending on whether or not the 3D game supports crossfire or in the graphics driver) than a single Radeon HD 7870. Expect this combination to draw up to 350 Watt though the average power consumption should be slightly lower.
Even the most demanding games will run at the highest settings.