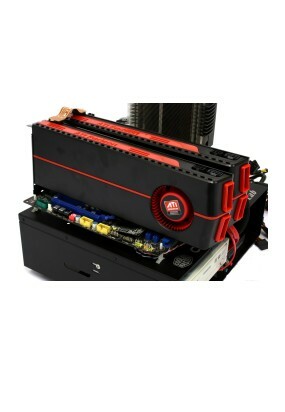 Based on current gaming requirements the Radeon HD 5970 Crossfire is considered one of the weakest cards and wont meet modern AAA game specs.

Game performance for the Radeon HD 5970 Crossfire where we look at the bigger games played in 2022. Looking closely at the graphics card frame rate performance on Ultra graphics settings at 1080p, 1440p and 4K screen resolutions. Of the 1000 most demanding recommended specs found in game requirements today, this gpu is more powerful than the graphics requirement of 170 games in todays list.

First we looked at 1080p resolution for the Radeon HD 5970 Crossfire performance to explore what sort of benchmarks it would achieve on the popular title Dying Light 2 and saw it deliver weak frames per second across the following graphics settings - Low: 0 FPS, Medium: 0 FPS, High: 0 FPS and Ultra: 0 FPS. We proceeded to look at Battlefield 2042 to see how that compared and saw that it returned a weak 0 FPS at Ultra 1080p.

People are turning their increasingly more powerful graphics cards to the popular 1440p screen size so we tested the Radeon HD 5970 Crossfire to see how it performs on 1440p. First off we have looked at Dying Light 2 where it was weak. The frame rates it scored for the game presets were - Low: 0 FPS, Medium: 0 FPS, High: 0 FPS and Ultra: 0 FPS. We added Battlefield 2042 to our tests and saw it was weak with a 0 FPS at Ultra 1440p. And then tested FIFA 22 which got 45 FPS at Ultra 1440p. After a look at the popular games running at 1440p with the Radeon HD 5970 Crossfire, this is likely in need of some graphical option tweaks when trying to play modern games.

Radeon HD 5970 Crossfire is a solution of two Radeon HD 5970 put together using AMD'S Crossfire technology.
Check the page of Radeon HD 5970 to know more about its chip.
Crossfire relies a lot on proper driver support and may suffer from micro-stuttering in lower frame rates (below 30). Benchmarks indicate the performance is overall, is only up to 12% better than a single Radeon HD 5970 performing by itself but it might be worse (depending on whether or not the 3D game supports crossfire or in the graphics driver) than a single Radeon HD 5970. Expect this combination to draw up to 588 Watt though the average power consumption should be slightly lower.
Even the most demanding games will run at the highest settings.