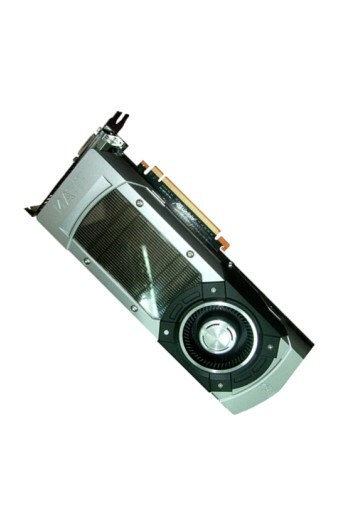 How well will the GeForce GTX Titan run 2022 games? We will take a look at the biggest releases and frames per second analysis on Ultra graphics settings. This graphics hardware can run 304 of the 1000 most demanding PC games played today.

A GeForce GTX Titan card at 1080p is seeing a weak frame rate when running Resident Evil 8 on Ultra - 22 FPS. Lets look at the performance its getting on FIFA 22 which is 73 FPS. To add a bit more variety lets see how the popular Battlefield 2042 performs on this hardware, which gets a weak 2 FPS.

One of the growing popular screen resolutions for PC gaming is the wider 1440p. So we wanted to see how well the GeForce GTX Titan performed at 1440p by taking a look at some of the current popular games. First we looked at Resident Evil 8 and saw it deliver weak frames per second across the following graphics settings - Low: 44 FPS, Medium: 35 FPS, High: 23 FPS and Ultra: 17 FPS. We then checked the performance on FIFA 22 to see if that runs well. It was reasonable with a 55 FPS at Ultra 1440p. 1440p GeForce GTX Titan PC gaming is going to need to lower its graphics settings to medium on modern games.

GeForce GTX Titan (can also be addressed as GeForce GTX 685) is a high end GFX based on the 28nm Kepler architecture.
It's based on the Kepler GK110 Core used on the Tesla K20 Workstation, but with only 14 SMX activated and so it features 2688 Shader Processing Units, 48 ROPs and 224 TMUs on a 384-bit interface of fast GDDR5. The central clock runs at 837MHz and goes up to 876MHz in Turbo Mode, while the memory clock operates at 1502MHz. GeForce GTX Titan will draw no more than 250 Watts.
GeForce GTX Titan's biggest feature is the Kepler GPU Boost 2.0 which raises the GPU's central unit and Shaders speeds to a frequency even higher to the one the Turbo Boost allows, if the GPU's temperature and Voltage allows it.
Benchmarks indicate its performance is up to 30% better than GeForce GTX 680 and up to 10% worse than GeForce GTX 690. Therefore, even the most demanding games will run at the highest settings, using a 2560x1600 resolution.