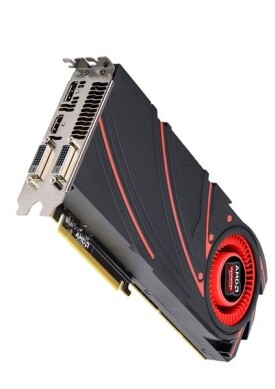 This PC hardware performance game review for the Radeon R9 290X graphics card, when running 2021 more popular games, lets us see what type of FPS this card gets when playing at 1080p, 1440p and 4K screen resolutions and ultra settings. Of the 1000 most demanding recommended specs found in game requirements today, this gpu is more powerful than the graphics requirement of 374 games in todays list.

Running at 1080p this card is predicted to get a weak frame rate from Battlefield 2042 with 22 FPS on Ultra. Then we take a look at Resident Evil 8 which returns a weak 14 FPS. Another title that we looked at is the popular Far Cry 6 which we predict will get a weak 17 FPS.

Radeon R9 290X is a high-end graphics card and the most powerful single graphics card of the Radeon R-200 Series.
It packs a Hawaii XT Core which offers 2816 Shader Processing Units, 176 TMUs and 64 ROPs, on a 512-bit memory interface.
While the central unit runs at 1000MHz, the memory clock operates at 1250MHz.
Benchmarks indicate its performance is slightly better than GeForce GTX Titan and considerably better than GeForce GTX 780. Its release price of $549 makes Radeon R9 290X an extremely competitive graphics card. It was most powerful single-graphics-card available until November 2013.
Please note that this card is known to heat a lot and requires a very powerful PSU.