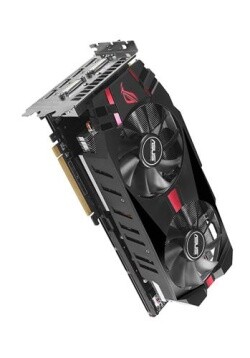 Game performance for the Radeon R9 280X Matrix Platinum 3GB Edition where we look at the bigger games played in 2022. Looking closely at the graphics card frame rate performance on Ultra graphics settings at 1080p, 1440p and 4K screen resolutions. This graphics hardware can run 239 of the 1000 most demanding PC games played today.

Running at 1080p this card gets a good frame rate from FIFA 22 with 67 FPS on Ultra. Then we take a look at Forza Horizon 5 which returns a weak 21 FPS. Another title that we looked at is the popular Star Citizen which we predict will get a playable 36 FPS.

Radeon R9 280X Matrix Platinum 3GB Edition Edition is a special edition of the high-end Radeon R9 280X.
This edition comes with a custom cooling system called "DirectCU II", which reduces the card's temperature under load, significantly and comes overclocked out of the box in the central unit that was increased from 850MHz to 950MHz, while the Boost clock is now of 1100MHz. Also, the operating memory clock is now of 1600MHz.
Benchmarks indicate a 5% performance boost over the standard edition and so this card will surpass a GeForce GTX 770 easily.