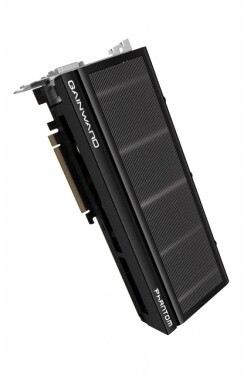 We take a look at game performance achieved on this graphics card when running 2022 popular games. This short GeForce GTX 780 Gainward Phantom Edition game hardware review looks at the graphics card frame rate performance on Ultra graphics settings at 1080p, 1440p and 4K screen resolutions. In comparison to the game recommended requirements of the 1000 most demanding games played today this PC hardware can run 307.

First we looked at 1080p resolution for the GeForce GTX 780 Gainward Phantom Edition performance to explore what sort of benchmarks it would achieve on the popular title Resident Evil 8 and saw it deliver weak frames per second across the following graphics settings - Low: 51 FPS, Medium: 41 FPS, High: 27 FPS and Ultra: 20 FPS. We proceeded to look at Back 4 Blood to see how that compared and saw that it returned a reasonable 46 FPS at Ultra 1080p.

Moving screen sizes up to 1440p we ran Resident Evil 8 on the GeForce GTX 780 Gainward Phantom Edition to see that it got a weak set of frame rates. Here are the low to ultra results at 1440p - L: 39FPS, M: 31FPS, H: 21FPS, U: 15FPS. Another popular game to test at 1440p with this card was Back 4 Blood which seemed playable in performance netting an Ultra FPS of 35 FPS. Finally we then took a look at Battlefield 2042 where its Ultra 1440p Frame rates were weak at 0 FPS. Getting popular modern games to run at 1440p on the GeForce GTX 780 Gainward Phantom Edition is not ideal and its more advisable to run modern games at 1080p resolution. But if you really want to play games at 1440p then you will likely have to make some graphical adjustments to improve game FPS stability.

GeForce GTX 780 Gainward Phantom Edition is a special edition of the high-end GeForce GTX 780.
This edition comes with a custom triple fan cooling solution which by itself should allow a slight performance boost, as GeForce GTX 780 benefits from the GPU Boost 2.0 technology.
Also, it has been overclocked out of the box from 863MHz to 902MHz while its boost clock is now of 954MHz. The memory clock was left untouched.
Benchmarks indicate a 5% performance boost when compared to the reference card.