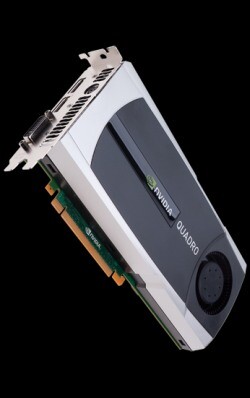 Based on current gaming requirements the Quadro K6000 is considered one of the weakest cards and wont meet modern AAA game specs.

Game performance for the Quadro K6000 where we look at the bigger games played in 2022. Looking closely at the graphics card frame rate performance on Ultra graphics settings at 1080p, 1440p and 4K screen resolutions. When considering how well this graphics card can run the 1000 most demanding games available today it can best 195 of the games’ recommended graphics requirements.

The Quadro K6000 graphics card is returning a weak performance on Forza Horizon 5 at 1080p of 0 frames per second at Ultra graphics settings. Another popular title that is good to benchmark graphics cards against is Days Gone which we saw got weak frame rates of 22 FPS. A third game we can look at on Ultra at 1080p is the popular FIFA 22, which was getting 55 FPS under tests.

People are turning their increasingly more powerful graphics cards to the popular 1440p screen size so we tested the Quadro K6000 to see how it performs on 1440p. First off we have looked at Forza Horizon 5 where it was weak. The frame rates it scored for the game presets were - Low: 0 FPS, Medium: 0 FPS, High: 0 FPS and Ultra: 0 FPS. We added Days Gone to our tests and saw it was weak with a 16 FPS at Ultra 1440p. And then tested FIFA 22 which got 42 FPS at Ultra 1440p. 1440p Quadro K6000 PC gaming is not a first choice gaming resolution. While this graphics card would likely be more suited to 1080p gaming, you may be able to make some graphical tweaks in the game options to improve your stability at 1440p.

How many years will the Quadro K6000 graphics card play newly released games and how long until you should consider upgrading the Quadro K6000 in your PC? We think this Quadro K6000 has around 6-12 months until an upgrade should be considered.

Quadro K6000 is a high-end professional card based on the 28nm, Kepler architecture.

Despite exhibiting similarities to GeForce GTX 780 Ti, due to being under-clocked and because Quadro K6000's drivers are only certified for professional applications only, its gaming performance is similar to GeForce GTX 780.