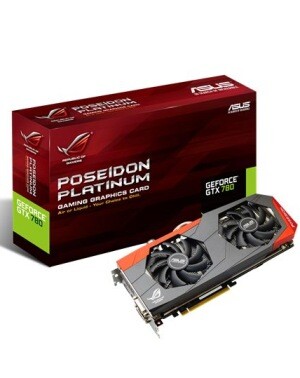 We take a look at game performance achieved on this graphics card when running 2021 popular games. This short GeForce GTX 780 Asus ROG POSEIDON Edition game hardware review looks at the graphics card frame rate performance on Ultra graphics settings at 1080p, 1440p and 4K screen resolutions. We look at 1000 of the most demanding games available today and this GPU is better than the recommended graphics requirement of more than 310 games in the list.

Now onto the frame rates achieved at 1080p. We predict that Dying Light 2 will get 13 FPS with the GeForce GTX 780 Asus ROG POSEIDON Edition, Back 4 Blood predicted to get 46 FPS and Battlefield 2042 predicted to get 13 frames per second. All run on Ultra at 1920x1080 screen res.

Increasing resolution to 1440p is something a number of PC gamers are doing today. We tested the GeForce GTX 780 Asus ROG POSEIDON Edition at 1440p and researched how Dying Light 2 might perform on it leading us to predict a weak set of FPS results. These were, Low: 26 FPS, Medium: 21 FPS, High: 14 FPS and Ultra: 10 FPS. We then checked out Back 4 Blood which we predict would have a set of graphics results as followed, L: 92FPS, M: 72FPS, H: 49FPS, U: 35FPS. And another popular game was Battlefield 2042 with predictions of L: 26FPS, M: 21FPS, H: 14FPS, U: 10FPS at 1440p. Looking at a few of these 1440p results for the GeForce GTX 780 Asus ROG POSEIDON Edition we get the impression that it is not a first choice gaming resolution. While this graphics card would likely be more suited to 1080p gaming, you may be able to make some graphical tweaks in the game options to improve your stability at 1440p.

GeForce GTX 780 Asus ROG POSEIDON Edition is a special edition of the high-end GeForce GTX 780.
This edition comes with a Hybrid cooling solution which by itself should allow a slight performance boost, as GeForce GTX 780 benefits from the GPU Boost 2.0 technology.
Also, it has been overclocked out of the box from 863MHz to 954MHz while its boost clock is now of 1006MHz. The memory clock was left untouched.
There are no benchmarks available yet.