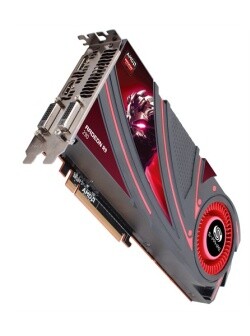 The Radeon R9 290 Sapphire BF4 Edition is a very low performing piece of gaming hardware and can probably only run indie system requirements.

Game performance for the Radeon R9 290 Sapphire BF4 Edition where we look at the bigger games played in 2023. Looking closely at the graphics card frame rate performance on Ultra graphics settings at 1080p, 1440p and 4K screen resolutions. This card runs recommended graphics requirements of 299 games from the top 1000 most demanding games being played today.

Looking at some of the modern popular games people are playing today the Radeon R9 290 Sapphire BF4 Edition is predicted to run Star Citizen with playable performances on 1080p Ultra, getting 42 frames per second. Comparing this to Battlefield 2042 which is getting weak results, where it averages 0 FPS. Another popular game we looked at is Grand Theft Auto VI, which is predicted to run at 8 frames per second.

Radeon R9 290 Sapphire BF4 Edition comes with a slightly different PCB and design. Still, as soon as you close your case you stop seeing it. Don't expect any performance boost over the reference card as the specifications are exactly the same.