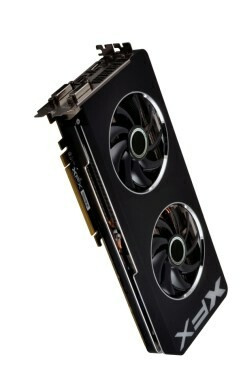 Here is a quick game performance synopsis for the AAA games played in 2022. In particular we focus on how well the Radeon R9 290 XFX Black Edition runs at Ultra graphics settings and what frames per second it is getting at 1080p, 1440p and 4K monitor resolutions. Of the 1000 most demanding recommended specs found in game requirements today, this gpu is more powerful than the graphics requirement of 302 games in todays list.

The 1080p FPS on Ultra for the Radeon R9 290 XFX Black Edition shows us that FIFA 22 is getting a strong result of 83 FPS, and then we are seeing Back 4 Blood returning a playable 36 FPS while another game on our list is the Far Cry 6 which is getting 14 frames per second at Ultra 1080p.

People are turning their increasingly more powerful graphics cards to the popular 1440p screen size so we tested the Radeon R9 290 XFX Black Edition to see how it performs on 1440p. First off we have looked at Back 4 Blood where it was playable. The frame rates it scored for the game presets were - Low: 72 FPS, Medium: 57 FPS, High: 38 FPS and Ultra: 27 FPS. We added Far Cry 6 to our tests and saw it was weak with a 10 FPS at Ultra 1440p. And then tested FIFA 22 which got 63 FPS at Ultra 1440p. Running games at 1440p with a Radeon R9 290 XFX Black Edition is a reasonable choice for most modern games at 1440p, but you may encounter some need to adjust graphics settings down from Ultra to High in some cases to improve gaming stability.

Radeon R9 290 XFX Black Edition is a special edition of the high-end Radeon R9 290.
This edition features a custom cooling solution and comes overclocked out of the box in the central unit which was increased from 947MHz to 980MHz.
Benchmarks indicate a 1% performance boost over the reference card.