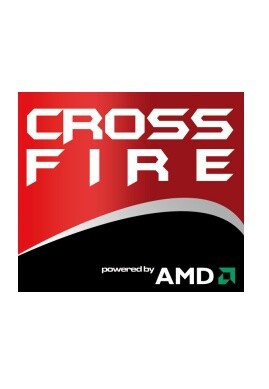 Here is a quick game performance synopsis for the AAA games played in 2022. In particular we focus on how well the Radeon R9 270X Crossfire runs at Ultra graphics settings and what frames per second it is getting at 1080p, 1440p and 4K monitor resolutions. In terms of performance against the most demanding games today this graphics card can play 303 of the 1000 most demanding PC games beating their recommended requirements.

The 1080p FPS on Ultra for the Radeon R9 270X Crossfire shows us that Far Cry 6 is getting a weak result of 12 FPS, and then we are seeing Battlefield 2042 returning a weak 0 FPS while another game on our list is the Forza Horizon 5 which is getting 35 frames per second at Ultra 1080p.

Moving screen sizes up to 1440p we ran Battlefield 2042 on the Radeon R9 270X Crossfire to see that it got a weak set of frame rates. Here are the low to ultra results at 1440p - L: 0FPS, M: 0FPS, H: 0FPS, U: 0FPS. Another popular game to test at 1440p with this card was Forza Horizon 5 which seemed playable in performance netting an Ultra FPS of 26 FPS. Finally we then took a look at Far Cry 6 where its Ultra 1440p Frame rates were weak at 9 FPS. Gaming at 1440p with the Radeon R9 270X Crossfire is not powerful enough to deal with the increased resolution.

Radeon R9 270X Crossfire is a solution of two Radeon R9 270X put together using AMD'S Crossfire technology.
Check the page of Radeon R9 270X to know more about its chip.
Crossfire relies a lot on proper driver support and may suffer from micro-stuttering in lower frame rates (below 30). Benchmarks indicate the performance is overall, is up to x% better than a single Radeon R9 270X performing by itself but at times (depending whether or not the 3D game supports crossfire or in the graphics driver) it performed worse than a single Radeon R9 270X. Expect this combination to draw up to 360 Watt though the average power consumption should be slightly lower.
Even the most demanding games will run at the highest settings.