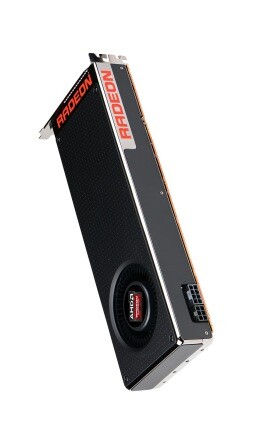 Here is a performance review on how capable the Radeon R9 390 is at running the more popular games of 2022. Specifically looking at this PC hardware’s ability to get suitable frames per second to play on Ultra game settings and what FPS it might get on 1080p, 1440p and 4K screen res. We look at 1000 of the most demanding games available today and this GPU is better than the recommended graphics requirement of more than 395 games in the list.

With 1080p being the most common gaming resolution at the moment we explored how well the Radeon R9 390 can run Grand Theft Auto VI at 1080p and predict it will return weak frame rates at the following graphics settings - Low: 44 FPS, Medium: 34 FPS, High: 23 FPS and Ultra: 17 FPS. For performance contrast we can see that Far Cry 6 returns a weak 19 FPS at Ultra 1080p.

Overview
Radeon R9 390 is a High-End Graphics Card based on the First Revision of the Graphics Core Next (GCN) Architecture.

GPU
It equips a GPU Codenamed Grenada PRO which has 60 Compute Units activated and thus offers 2560 Shader Processing Units, 160 TMUs and 64 ROPs. The Central Unit is clocked at 1000MHz.

Memory
The GPU accesses a 8GB frame buffer of fast GDDR5, through a 512-bit memory interface. The size of the frame buffer is exaggerated and in no way benefits the GPU. The Memory Clock Operates at 1500MHz.

Power Consumption
With a rated board TDP of 275W, it requires at least a 750W PSU with one available 6-pin and one available 8-pin connectors.

Performance
Radeon R9 390 8GB competes with GeForce GTX 970 and is essentially a Higher Clocked Radeon R9 290 with the addition of twice as much video memory (8GB against 4GB).
It proves to be slower than GeForce GTX 970 at resolutions up to 1920x1080 but takes the lead beyond that.
However, the lack of DirectX 12.1 Support paired with the enormous Power Consumption (almost twice as much as GeForce GTX 970) and the Gimmicked 8GB Frame Buffer, makes it an extremely uncompetitive product.

System Suggestions
Radeon R9 390 is best suited for resolutions up to and including 2560x1440. We recommend a Very Strong Processor and 8GB of RAM for Optimal Performance.