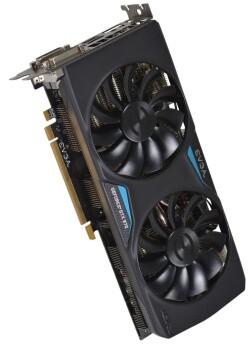 Here we take a closer look at the various performances across 1080p, 1440p and 4K screen resolutions for the GeForce GTX 970 EVGA ACX 2.0 4GB Edition. In particular this is looking at the Ultra graphics settings to see what sort of FPS this graphics card can get across some of the more popular games played in 2021. This card runs recommended graphics requirements of 397 games from the top 1000 most demanding games being played today.

Looking at some of the modern popular games people are playing today the GeForce GTX 970 EVGA ACX 2.0 4GB Edition is predicted to run Forza Horizon 5 with reasonable performances on 1080p Ultra, getting 49 frames per second. Comparing this to Resident Evil 8 which is getting playable results, where it averages 27 FPS. Another popular game we looked at is Dying Light 2, which is predicted to run at 22 frames per second.

Overview
GeForce GTX 970 EVGA ACX 2.0 4GB Edition is a special edition of NVIDIA's high-end GeForce GTX 970 4GB created by EVGA. It features a new Cooling Solution but no overclocking out of the box. Read below to know more.

Overclock Out of The Box
The Clock Frequencies of both Central Unit and Operating Memory Clock Remain the Same.