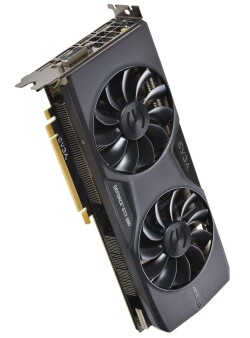 This PC hardware performance game review for the GeForce GTX 970 EVGA ACX 4GB Edition graphics card, when running 2022 more popular games, lets us see what type of FPS this card gets when playing at 1080p, 1440p and 4K screen resolutions and ultra settings. This graphics hardware can run 395 of the 1000 most demanding PC games played today.

A GeForce GTX 970 EVGA ACX 4GB Edition card at 1080p is seeing a good frame rate when running FIFA 22 on Ultra - 78 FPS. Lets look at the performance its getting on Far Cry 6 which is 20 FPS. To add a bit more variety lets see how the popular Resident Evil 8 performs on this hardware, which gets a playable 27 FPS.

Increasing resolution to 1440p is something a number of PC gamers are doing today. We tested the GeForce GTX 970 EVGA ACX 4GB Edition at 1440p with FIFA 22, which got a reasonable set of FPS results. These were, Low: 156 FPS, Medium: 123 FPS, High: 83 FPS and Ultra: 59 FPS. We then checked out Far Cry 6 which had a set of graphics results as followed, L: 40FPS, M: 32FPS, H: 21FPS, U: 15FPS. And another popular game was Resident Evil 8 that returned L: 54FPS, M: 43FPS, H: 29FPS, U: 21FPS at 1440p. 1440p GeForce GTX 970 EVGA ACX 4GB Edition PC gaming is a perfectly suitable selection of hardware for theis larger screen size. If a game at 1440p struggles a bit or experiences a frame drop then you can tweak settings in game to help get it stable. This might mean lowering it to medium or low in some specific options.

Overview
GeForce GTX 970 EVGA ACX 4GB Edition is a special edition of NVIDIA's high-end GeForce GTX 970 4GB created by EVGA. It features a new Cooling Solution but no overclocking out of the box. Read below to know more.

Overclock Out of The Box
The Clock Frequencies of both Central Unit and Operating Memory Clock Remain the Same.