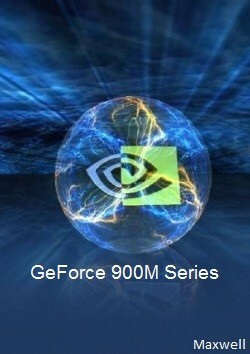 Based on current gaming requirements the GeForce GTX 970M 3GB is considered one of the weakest cards and wont meet modern AAA game specs.

Here is a performance review on how capable the GeForce GTX 970M 3GB is at running the more popular games of 2022. Specifically looking at this PC hardware’s ability to get suitable frames per second to play on Ultra game settings and what FPS it might get on 1080p, 1440p and 4K screen res. The GeForce GTX 970M 3GB can run the recommended graphics system requirements for 188 games today, of the top 1000 most demanding.

The GeForce GTX 970M 3GB graphics card is returning a weak performance on Days Gone at 1080p of 21 frames per second at Ultra graphics settings. Another popular title that is good to benchmark graphics cards against is Far Cry 6 which we saw got weak frame rates of 0 FPS. A third game we can look at on Ultra at 1080p is the popular Grand Theft Auto VI, which is predicted to get 0 FPS under tests.

Overview
GeForce GTX 970M 3GB is a high-end Mobile Graphics Card based on the second revision of the Maxwell architecture.

Memory
The GPU accesses a 3GB frame buffer of fast GDDR5, through a 192-bit memory interface. The memory clock operates at 1253MHz. The frame buffer size is adequate and any extra memory wouldn't add any extra performance.

Temperature
The Card is known to run cool. However, ultimately, it all depends on the notebook's cooling system.

Power Consumption
With a rated board TDP of 81W, it will only be equipped in large notebooks.

Performance
Benchmarks indicate its performance is over 10% faster than GeForce GTX 880M. Therefore, it should even surpass GeForce GTX 760 and be around as fast as desktop GeForce GTX 670. GeForce GTX 970M is therefore the second fastest mobile Graphics Card as of October 2014 and AMD's Radeon R9 M290X is beaten in over 20%.

System Suggestions
We recommend a very strong processor (Intel Core i7 Mobile Quad Core) and 8GB of RAM for a notebook with GeForce GTX 970M 6GB.