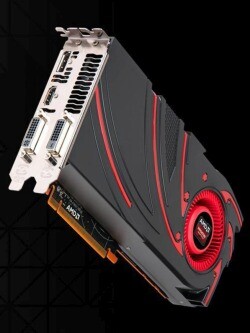 Based on current gaming requirements the Radeon R9 380 (OEM) is considered one of the weakest cards and wont meet modern AAA game specs.

What FPS performance can the Radeon R9 380 (OEM) get on latest AAA 2021 games? In particular our game review looks at the FPS achieved running on Ultra graphics settings on the 1080p screen resolution as well as 1440p and 4K. When considering how well this graphics card can run the 1000 most demanding games available today it can best 114 of the games’ recommended graphics requirements.

A Radeon R9 380 (OEM) card at 1080p is seeing a weak frame rate when running Resident Evil 8 on Ultra - 0 FPS. Lets look at the predicted performance it will get on Battlefield 2042 which is 0 FPS. To add a bit more variety lets see how the popular FIFA 22 performs on this hardware, which gets a reasonable 56 FPS.

Overview
Radeon R9 380 (OEM) is an OEM only, Performance Graphics Card based on the second revision of the Graphics Core Next Architecture.

GPU
It equips a GPU codenamed Tonga PRO which is essentially a cut-down version of the Tahiti PRO GPU previously used on Radeon HD 7950. It offers 1792 Shader Processing Units, 112 TMUs and 32 ROPs. The central unit runs at 918MHz.