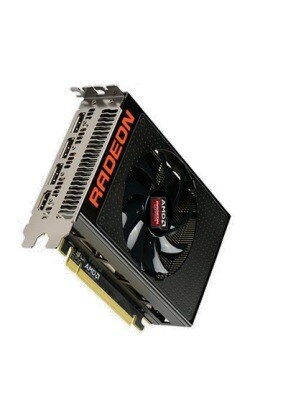 How well will the Radeon R9 Nano 4GB run 2021 games? We will take a look at the biggest releases and frames per second analysis on Ultra graphics settings. This card runs recommended graphics requirements of 451 games from the top 1000 most demanding games being played today.

First we looked at 1080p resolution for the Radeon R9 Nano 4GB performance to explore what sort of benchmarks it would achieve on the popular title Grand Theft Auto VI and predict it will deliver weak frames per second across the following graphics settings - Low: 59 FPS, Medium: 47 FPS, High: 32 FPS and Ultra: 23 FPS. We proceeded to look at Resident Evil 8 to see how that compared and saw that it returned a weak 23 FPS at Ultra 1080p.

With PC gamers looking for larger screen sizes like 1440p we tested the Radeon R9 Nano 4GB by researching Grand Theft Auto VI leading us to predict a weak performance. Its FPS predictions for the graphics settings are as follows - L: 45FPS, M: 36FPS, H: 24FPS, U: 17FPS. Another popular game we tested with this card was Resident Evil 8 and that was weak. This graphics card delivered 17 FPS at Ultra 1440p. Another popular title was Back 4 Blood which is predicted to get playable results with a 34FPS on Ultra 1440p. After a look at the popular games running at 1440p with the Radeon R9 Nano 4GB, this is going to need to lower its graphics settings to medium on modern games.

Overview
Radeon R9 Nano 4GB is an Enthusiast Graphics Card based on the Third Revision of the Graphics Core Next (GCN) Architecture.

Architecture
The Fiji is a Second Generation GCN GPU. It offers support for HBM-1 Memory, DirectX 12.0, Open GL 4.5 and the acclaimed Delta Compression Algorithm which may decrease bandwidth consumption by up to 30%, in most games.
Fiji XT is the Full Variant of the GPU with 64 Compute Units activated, offering 4096 Shader Processing Units, 256 TMUs and 64 ROPs.

GPU
The Central Unit is clocked at 1000MHz.

Memory: Speed
The GPU is equipped with stacked HBM-1 Memory and accesses the Frame Buffer through a 4096-bit memory interface.

Memory: Frame Buffer
The GPU can fill up a Memory Pool of up to 4GB. Under most circumstances, this only proves useful in certain 3D Games whose Settings Require Large Amounts of Memory.
However, and because the GPU itself is aimed for 4K Gaming, 4GB might be a bottlenecked and Performance could be better, were the Frame Buffer larger.

Power Consumption
With a rated board TDP of 175W, it requires at least a 500W PSU with one available 8-pin connector.

Performance
Because the Central Unit's Speed varies from game to game, performance depends heavily on the game being played.
Overall, expect performance similar to GeForce GTX 980 at 1080p and close to Radeon Fury in 1440p and 3K.

System Suggestions
Radeon R9 Nano 4GB is best suited for resolutions up to and including 3840x2160. We recommend a High-End Processor and 16GB of RAM for Optimal Performance.