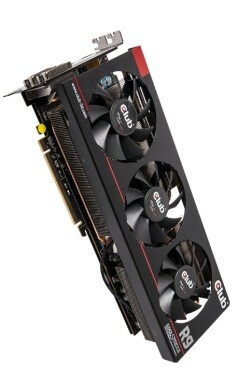 We take a look at game performance achieved on this graphics card when running 2022 popular games. This short Radeon R9 290 Club3D royalAce 4GB Edition game hardware review looks at the graphics card frame rate performance on Ultra graphics settings at 1080p, 1440p and 4K screen resolutions. When considering how well this graphics card can run the 1000 most demanding games available today it can best 371 of the games’ recommended graphics requirements.

Moving screen sizes up to 1440p we ran Days Gone on the Radeon R9 290 Club3D royalAce 4GB Edition to see that it got a playable set of frame rates. Here are the low to ultra results at 1440p - L: 90FPS, M: 71FPS, H: 48FPS, U: 34FPS. Another popular game to test at 1440p with this card was FIFA 22 which seemed good in performance netting an Ultra FPS of 64 FPS. Finally we then took a look at Forza Horizon 5 where its Ultra 1440p Frame rates were playable at 28 FPS. Running games at 1440p with a Radeon R9 290 Club3D royalAce 4GB Edition is a good choice of hardware for increased screen resolution gaming. We can see this graphics card is capable of delivering reliable frame rates at Ultra and certainly High graphics settings at 1440p.