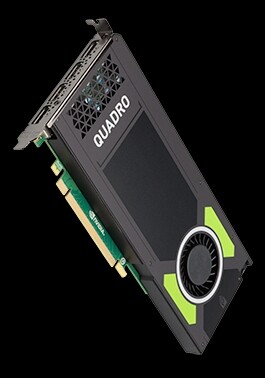 The Quadro M4000 is a very low performing piece of gaming hardware and can probably only run indie system requirements.

This PC hardware performance game review for the Quadro M4000 graphics card, when running 2022 more popular games, lets us see what type of FPS this card gets when playing at 1080p, 1440p and 4K screen resolutions and ultra settings. The Quadro M4000 can run the recommended graphics system requirements for 268 games today, of the top 1000 most demanding.

Looking at some of the modern popular games people are playing today the Quadro M4000 is running Back 4 Blood and delivering playable performances on 1080p Ultra, getting 40 frames per second. Comparing this to Battlefield 2042 which is getting weak results, where it averages 0 FPS. Another popular game we looked at is FIFA 22, which is running at 64 frames per second.

One of the growing popular screen resolutions for PC gaming is the wider 1440p. So we wanted to see how well the Quadro M4000 performed at 1440p by taking a look at some of the current popular games. First we looked at Back 4 Blood and saw it deliver playable frames per second across the following graphics settings - Low: 81 FPS, Medium: 63 FPS, High: 43 FPS and Ultra: 31 FPS. We then checked the performance on Battlefield 2042 to see if that runs well. It was weak with a 0 FPS at Ultra 1440p. Getting popular modern games to run at 1440p on the Quadro M4000 is not a bad choice for a larger screen size like this. Some games will struggle though, but with some careful graphic option adjustments in-game you can normally find a suitable visual experience with this GPU at 1440p.

Overview
Quadro M4000 is a Professional Graphics Card based on the first revision of the Maxwell architecture.

Architecture
Quadro M4000 Features a GPU Codenamed GM204-200-A1 which is a Second Gen Maxwell GPU and was used on the GeForce GTX 970.
It has 13 Stream Multiprocessors activated and offers 1664 Shader Processing Units, 104 TMUs and 56 ROPs.

Memory: Speed
The GPU is equipped with fast GDDR5 and Accesses the Frame Buffer through a 192+64 bit Memory Interface. The Memory Clock Operates at 1502MHz.

Memory: Frame Buffer
The GPU can fill up a Memory Pool of up to 8GB.

Power Consumption
With a rated board TDP of 120W, it requires at least a 450W PSU and one available 6-pin connector.

System Suggestions
Quadro M4000 is best suited for resolutions up to and including 2560x1440. We recommend a Performance Processor and 8GB of RAM for Optimal Performance.