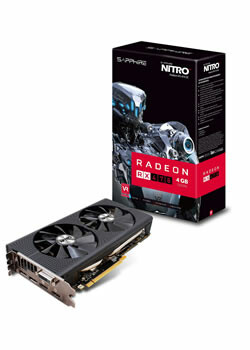 Here we take a closer look at the various performances across 1080p, 1440p and 4K screen resolutions for the Radeon RX 470 Sapphire Platinum Edition 4GB. In particular this is looking at the Ultra graphics settings to see what sort of FPS this graphics card can get across some of the more popular games played in 2022. In terms of performance against the most demanding games today this graphics card can play 306 of the 1000 most demanding PC games beating their recommended requirements.

The Radeon RX 470 Sapphire Platinum Edition 4GB graphics card is returning a weak performance on Battlefield 2042 at 1080p of 0 frames per second at Ultra graphics settings. Another popular title that is good to benchmark graphics cards against is Dying Light 2 which we predict will get weak frame rates of 16 FPS. A third game we can look at on Ultra at 1080p is the popular Days Gone, which was getting 41 FPS under tests.

Next up we increase screen res tests to accommodate the growing in popularity 1440p screen size. So we booted up Battlefield 2042 to see how the Radeon RX 470 Sapphire Platinum Edition 4GB dealt with it. It scored up a weak series of FPS results across these graphics presets - Low: 0 FPS, Medium: 0 FPS, High: 0 FPS and Ultra: 0 FPS. Next we looked at Dying Light 2 which we predict will be weak with a 12 FPS at Ultra 1440p. And finally looked at Days Gone that got an Ultra 1440p FPS of 31. Looking at a few of these 1440p results for the Radeon RX 470 Sapphire Platinum Edition 4GB we get the impression that it is not the best resolution for this GPU, but if you adjust some graphics settings, perhaps lowering to medium or low at 1440p then this graphics card might be ok.

Overview
The AMD RX 470 Sapphire Platinum Edition 4GB graphics card is a 2016 released performance graphics card based on the third revision of the Graphics Core Next (GCN) architecture. This card competes against Nvidia's outgoing, but very popular, GTX 970 and the incoming GTX 1050 Ti, when that releases.

GPU
The central unit runs at 926MHz and goes up to 1216MHz, when boost mode is triggered.

Memory
The GPU accesses a 4GB frame buffer of GDDR5, through a 256-bit memory interface, while the memory clock Operates at a boosted 1750MHz.

Performance
The AMD RX 470 Sapphire Platinum Edition has been built as a Mid/High performance graphics card for 2016. It will run most triple AAA titles released during 2016 on medium to high graphics at 1080p screen resolution. With adjustments and lowering anti aliasing this card can confidently maintain 60+ frames per seconds on high graphic settings at 1080p. Moving to 1440p screen resolution and the graphics card may need to be adjusted down to medium in order to maintain 50-60+ fps.

System Suggestions
The RX 470 by Sapphire is best suited for resolutions up to and including 1920x1080. We recommend a mid range processor and at least 8GB of system memory for optimal performance.