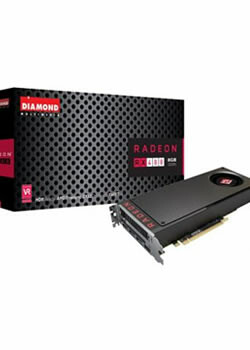 We take a look at game performance achieved on this graphics card when running 2022 popular games. This short Radeon RX 480 Diamond 8GB game hardware review looks at the graphics card frame rate performance on Ultra graphics settings at 1080p, 1440p and 4K screen resolutions. Of the 1000 most demanding recommended specs found in game requirements today, this gpu is more powerful than the graphics requirement of 450 games in todays list.

Running at 1080p this card gets a weak frame rate from Resident Evil 8 with 23 FPS on Ultra. Then we take a look at Days Gone which returns a reasonable 51 FPS. Another title that we looked at is the popular Grand Theft Auto VI which we predict will get a weak 23 FPS.

Moving screen sizes up to 1440p we ran Resident Evil 8 on the Radeon RX 480 Diamond 8GB to see that it got a weak set of frame rates. Here are the low to ultra results at 1440p - L: 45FPS, M: 36FPS, H: 24FPS, U: 17FPS. Another popular game to test at 1440p with this card was Days Gone which seemed playable in performance netting an Ultra FPS of 39 FPS. Finally we then took a look at Grand Theft Auto VI where its predicted Ultra 1440p Frame rates were weak at 17 FPS. 1440p gaming on the Radeon RX 480 Diamond 8GB is in need of some graphics adjustments to get some stability, which means its not an ideal gaming resolution for this GPU.

Overview
Radeon RX 480 8GB by Diamond is a Performance Graphics Card based on the Third Revision of the Graphics Core Next (GCN) Architecture.