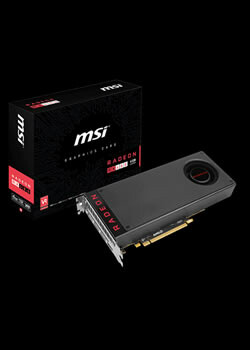 What FPS performance can the Radeon RX 480 MSI 4GB get on latest AAA 2022 games? In particular our game review looks at the FPS achieved running on Ultra graphics settings on the 1080p screen resolution as well as 1440p and 4K. Of the 1000 most demanding recommended specs found in game requirements today, this gpu is more powerful than the graphics requirement of 447 games in todays list.

The 1080p FPS on Ultra for the Radeon RX 480 MSI 4GB shows us that Dying Light 2 is predicted to get a playable result of 30 FPS, and then we are seeing Grand Theft Auto VI predicted to return a weak 22 FPS while another game on our list is the Battlefield 2042 which is getting 13 frames per second at Ultra 1080p.

With PC gamers looking for larger screen sizes like 1440p we tested the Radeon RX 480 MSI 4GB by researching Grand Theft Auto VI leading us to predict a weak performance. Its FPS predictions for the graphics settings are as follows - L: 43FPS, M: 34FPS, H: 23FPS, U: 16FPS. Another popular game we tested with this card was Battlefield 2042 and that was weak. This graphics card delivered 10 FPS at Ultra 1440p. Another popular title was Dying Light 2 which is predicted to get weak results with a 23FPS on Ultra 1440p. Running games at 1440p with a Radeon RX 480 MSI 4GB is going to struggle to keep a solid FPS, but a modern game could have a few options tweaked to get it playable at this res but on low graphics settings.

Overview
The reference Radeon RX 480 4GB by MSI is a Performance Graphics Card based on the Third Revision of the Graphics Core Next (GCN) Architecture.

Memory
The GPU accesses a 4GB frame buffer of Fast GDDR5, through a 256-bit memory interface, while the Memory Clock Operates at 1750MHz.

System Suggestions
Radeon RX 480 4GB is best suited for resolutions up to and including 1920x1080. We recommend a High-End Processor and 8GB of RAM for Optimal Performance.