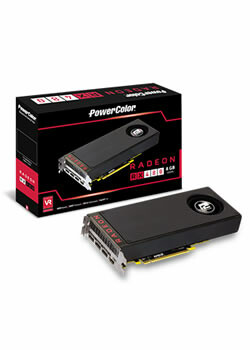 Game performance for the Radeon RX 480 PowerColour 8GB where we look at the bigger games played in 2022. Looking closely at the graphics card frame rate performance on Ultra graphics settings at 1080p, 1440p and 4K screen resolutions. 450 games can be played by this graphics card of the 1000 most demanding games being played by PC gamers today.

The Radeon RX 480 PowerColour 8GB graphics card is returning a playable performance on Forza Horizon 5 at 1080p of 44 frames per second at Ultra graphics settings. Another popular title that is good to benchmark graphics cards against is Back 4 Blood which we saw got playable frame rates of 44 FPS. A third game we can look at on Ultra at 1080p is the popular Battlefield 2042, which was getting 15 FPS under tests.

As the PC gaming masses explore larger screen resolutions we decided to run some game checks at 1440p across a few popular games. We discovered the Radeon RX 480 PowerColour 8GB ran Forza Horizon 5 to a playable performance level. Results across the graphics settings looked like this, Low: 89 FPS, Medium: 70 FPS, High: 47 FPS and Ultra: 34 FPS. Another game tested was Back 4 Blood, L: 89FPS, M: 70FPS, H: 47FPS, U: 34FPS. And then we checked graphics card performance on Battlefield 2042, which returned L: 29FPS, M: 23FPS, H: 15FPS, U: 11FPS at 1440p. Running games at 1440p with a Radeon RX 480 PowerColour 8GB is a suitable graphics card for this larger screen res. In some cases we might expect some graphics option tweaks down from Ultra to High to help improve FPS stability when gaming at 1440p.

Overview
The reference Radeon RX 480 8GB by PowerColour is a Performance Graphics Card based on the Third Revision of the Graphics Core Next (GCN) Architecture.