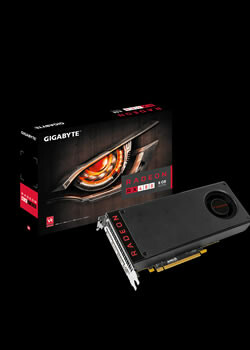 This PC hardware performance game review for the Radeon RX 480 Gigabyte 8GB graphics card, when running 2022 more popular games, lets us see what type of FPS this card gets when playing at 1080p, 1440p and 4K screen resolutions and ultra settings. The Radeon RX 480 Gigabyte 8GB can run the recommended graphics system requirements for 450 games today, of the top 1000 most demanding.

First we looked at 1080p resolution for the Radeon RX 480 Gigabyte 8GB performance to explore what sort of benchmarks it would achieve on the popular title Far Cry 6 and saw it deliver playable frames per second across the following graphics settings - Low: 66 FPS, Medium: 52 FPS, High: 35 FPS and Ultra: 25 FPS. We proceeded to look at Back 4 Blood to see how that compared and saw that it returned a playable 44 FPS at Ultra 1080p.

Overview
The reference Radeon RX 480 8GB by Gigabyte is a Performance Graphics Card based on the Third Revision of the Graphics Core Next (GCN) Architecture.