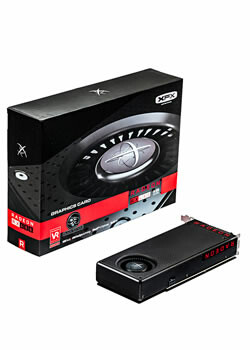 This graphics card offers upper mid level gaming performance. The Radeon RX 480 XFX Black Edition 8GB GPU could struggle if it was to try and run the most demanding games available today, but it meets a lot of game system requirements found in today’s games.

Here is a performance review on how capable the Radeon RX 480 XFX Black Edition 8GB is at running the more popular games of 2022. Specifically looking at this PC hardware’s ability to get suitable frames per second to play on Ultra game settings and what FPS it might get on 1080p, 1440p and 4K screen res. In comparison to the game recommended requirements of the 1000 most demanding games played today this PC hardware can run 616.

Running at 1080p this card is predicted to get a reasonable frame rate from Star Citizen with 57 FPS on Ultra. Then we take a look at Far Cry 6 which returns a playable 28 FPS. Another title that we looked at is the popular Battlefield 2042 which we saw getting a weak 18 FPS.

Next up we increase screen res tests to accommodate the growing in popularity 1440p screen size. So we researched the upcoming Star Citizen to predict how the Radeon RX 480 XFX Black Edition 8GB would deal with it. Our research revealed a playable series of FPS results across these graphics presets - Low: 115 FPS, Medium: 90 FPS, High: 61 FPS and Ultra: 43 FPS. Next we looked at Far Cry 6 which was weak with a 21 FPS at Ultra 1440p. And finally looked at Battlefield 2042 that got an Ultra 1440p FPS of 13. 1440p gaming on the Radeon RX 480 XFX Black Edition 8GB is not a bad choice for a larger screen size like this. Some games will struggle though, but with some careful graphic option adjustments in-game you can normally find a suitable visual experience with this GPU at 1440p.

Overview
The Radeon RX 480 Black Edition 8GB by XFX is a Performance Graphics Card based on the Third Revision of the Graphics Core Next (GCN) Architecture. It is their most overclocked version of the reference card. Apart from the boosted core and custom back plate it is identical to the standard RX 480.