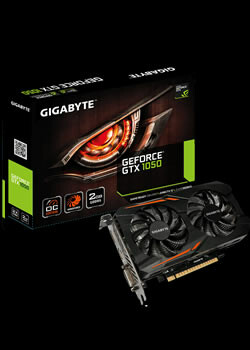 Based on current gaming requirements the GeForce GTX 1050 Gigabyte OC 2GB is considered one of the weakest cards and wont meet modern AAA game specs.

This PC hardware performance game review for the GeForce GTX 1050 Gigabyte OC 2GB graphics card, when running 2022 more popular games, lets us see what type of FPS this card gets when playing at 1080p, 1440p and 4K screen resolutions and ultra settings. Of the 1000 most demanding recommended specs found in game requirements today, this gpu is more powerful than the graphics requirement of 181 games in todays list.

Looking at some of the modern popular games people are playing today the GeForce GTX 1050 Gigabyte OC 2GB is predicted to run Dying Light 2 with weak performances on 1080p Ultra, getting 0 frames per second. Comparing this to Battlefield 2042 which is getting weak results, where it averages 0 FPS. Another popular game we looked at is Back 4 Blood, which is running at 26 frames per second.

Moving screen sizes up to 1440p we researched Dying Light 2 on the GeForce GTX 1050 Gigabyte OC 2GB and predict it will get a weak set of frame rates. Here are the low to ultra predictions at 1440p - L: 0FPS, M: 0FPS, H: 0FPS, U: 0FPS. Another popular game to test at 1440p with this card was Battlefield 2042 which seemed weak in performance netting an Ultra FPS of 0 FPS. Finally we then took a look at Back 4 Blood where its Ultra 1440p Frame rates were weak at 20 FPS. Gaming at 1440p with the GeForce GTX 1050 Gigabyte OC 2GB is not a viable PC gaming choice.

Overview
The 2GB GTX 1050 OC by Gigabyte is their overclocked version of Nvidia's lower end graphics card designed to compete against AMDs more affordable gaming cards, like the RX 460 or RX 470 and expected to replace the outgoing GTX 960. This card features a non stock cooler with dual fans and an overclocked core speed with no additional power cables required.

Performance
The GTX 1050 OC will enable mid level graphics performance on modern AAA 2016 released games. Although there will be variations on this frame rate we expect this card to deliver around 54+ FPS on medium graphics settings at a 1080p screen resolution.
Comparatively, this card will have slightly faster performance than the GTX 960.

System Suggestions
The GeForce GTX 1050 OC by Gigabyte is best suited for resolutions up to and including 1920x1080, so our recommendation would be to use 1600x900 in order to get the most out of your settings. We recommend a high-end processor such as the i5-6500 and 8GB of RAM for optimal performance.