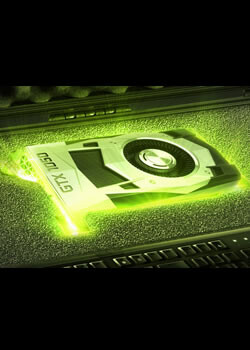 The GeForce GTX 1050M Ti 4GB is a very low performing piece of gaming hardware and can probably only run indie system requirements.

Lets look at the GeForce GTX 1050M Ti 4GB game performance guide for some of the biggest games played in 2022. In particular we will see how well this graphics card runs on Ultra settings on 1080p resolution as well as 1440p and 4K. In terms of performance against the most demanding games today this graphics card can play 201 of the 1000 most demanding PC games beating their recommended requirements.

Looking at some of the modern popular games people are playing today the GeForce GTX 1050M Ti 4GB is running FIFA 22 and delivering reasonable performances on 1080p Ultra, getting 56 frames per second. Comparing this to Grand Theft Auto VI which is predicted to get weak results, where it averages 0 FPS. Another popular game we looked at is Back 4 Blood, which is running at 31 frames per second.

Moving screen sizes up to 1440p we ran FIFA 22 on the GeForce GTX 1050M Ti 4GB to see that it got a playable set of frame rates. Here are the low to ultra results at 1440p - L: 112FPS, M: 88FPS, H: 59FPS, U: 42FPS. Another popular game to investigate at 1440p with this card was Grand Theft Auto VI which we predicted will be weak in performance netting an Ultra FPS of 0 FPS. Finally we then took a look at Back 4 Blood where its Ultra 1440p Frame rates were weak at 23 FPS. Getting popular modern games to run at 1440p on the GeForce GTX 1050M Ti 4GB is not a first choice gaming resolution. While this graphics card would likely be more suited to 1080p gaming, you may be able to make some graphical tweaks in the game options to improve your stability at 1440p.

Overview
GeForce GTX 1050M Ti is the laptop version of one of Nvidia's lower end graphics card. It is competing against AMDs more affordable gaming cards, like the newer RX 470. This card has exactly the same performance as the desktop version, only for the laptop market.

Performance
The GTX 1050 Ti will enable mid level graphics performance on modern AAA 2016 released games. Although there will be variations on this frame rate we expect this card to deliver around 55+ FPS on medium graphics settings at a 1080p screen resolution.
Comparatively, this card will be faster than the performance of the outgoing GTX 960

System Suggestions
GeForce GTX 1050 Ti is best suited for resolutions up to and including 1920x1080. We recommend a modern CPU like the i7-6700k and 8GB of RAM for minimal system bottleneck.