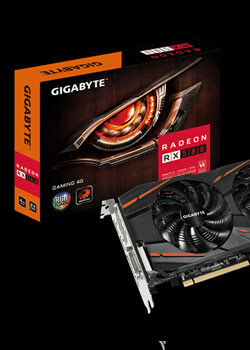 What FPS performance can the Radeon RX 580 Gigabyte Gaming 4GB get on latest AAA 2022 games? In particular our game review looks at the FPS achieved running on Ultra graphics settings on the 1080p screen resolution as well as 1440p and 4K. This graphics hardware can run 449 of the 1000 most demanding PC games played today.

The Radeon RX 580 Gigabyte Gaming 4GB graphics card is returning a weak performance on Battlefield 2042 at 1080p of 14 frames per second at Ultra graphics settings. Another popular title that is good to benchmark graphics cards against is Dying Light 2 which we predict will get playable frame rates of 30 FPS. A third game we can look at on Ultra at 1080p is the popular Resident Evil 8, which was getting 22 FPS under tests.

Increasing resolution to 1440p is something a number of PC gamers are doing today. We tested the Radeon RX 580 Gigabyte Gaming 4GB at 1440p with Battlefield 2042, which got a weak set of FPS results. These were, Low: 27 FPS, Medium: 21 FPS, High: 14 FPS and Ultra: 10 FPS. We then checked out Dying Light 2 which we predict would have a set of graphics results as followed, L: 60FPS, M: 48FPS, H: 32FPS, U: 23FPS. And another popular game was Resident Evil 8 that returned L: 44FPS, M: 35FPS, H: 23FPS, U: 17FPS at 1440p. Getting popular modern games to run at 1440p on the Radeon RX 580 Gigabyte Gaming 4GB is in need of some graphics adjustments to get some stability, which means its not an ideal gaming resolution for this GPU.

GPU
The Radeon RX 580 Gigabyte Gaming 4GB central processing unit runs at 1257MHz and goes up to a top 1355MHz when in boost and turbo mode. This makes it one of the fastest recorded RX 580s so far

System Suggestions
The new Radeon RX 580 Gigabyte Gaming 4GB released on the 18th April 2017 and is best suited for resolutions up to and including 2560x1440. We recommend a high-end processor, like the new Ryzen R5 and at least 8GB of RAM for optimal gaming performance.