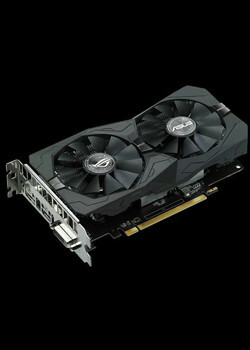 The Radeon RX 560 2GB is a very low performing piece of gaming hardware and can probably only run indie system requirements.

This PC hardware performance game review for the Radeon RX 560 2GB graphics card, when running 2022 more popular games, lets us see what type of FPS this card gets when playing at 1080p, 1440p and 4K screen resolutions and ultra settings. The Radeon RX 560 2GB can run the recommended graphics system requirements for 228 games today, of the top 1000 most demanding.

With 1080p being the most common gaming resolution at the moment we explored how well the Radeon RX 560 2GB can run Grand Theft Auto VI at 1080p and predict it will return weak frame rates at the following graphics settings - Low: 0 FPS, Medium: 0 FPS, High: 0 FPS and Ultra: 0 FPS. For performance contrast we can see that Back 4 Blood returns a weak 19 FPS at Ultra 1080p.

Whats a good PC graphics upgrade for the Radeon RX 560 2GB? A suitable upgrade choice for the Radeon RX 560 2GB is the RX 5000 Series Radeon RX 5500 XT 8GB, which is 55% more powerful and can run 725 of the 1000 most demanding PC games beating their recommended requirements. Alternatively if you are thinking of upgrading this graphics card then we would currently suggest the RX 5000 Series Radeon RX 5300. This PC hardware upgrade performs 24% better and can run 304 of today’s 1000 most demanding PC games.
FPS System Benchmark
40 FPS
High
Game
Red Dead Redemption 2

Overview
Radeon RX 560 2GB is an Middle-Class Graphics Card based on the 4th Generation of the Graphics Core Next (GCN) Architecture.

System Suggestions
Radeon RX 560 2GB is best suited for resolutions up to and including 1600x900. Higher resolutions will be an issue due to the limited 2GB of VRAM.. We recommend a Performance Processor and 8GB of RAM for Optimal Performance.