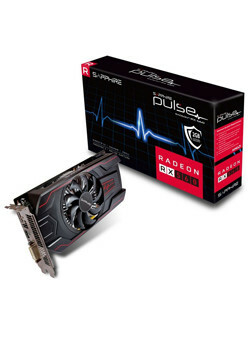 Game performance for the Radeon RX 560 Sapphire Pulse OC 2GB where we look at the bigger games played in 2022. Looking closely at the graphics card frame rate performance on Ultra graphics settings at 1080p, 1440p and 4K screen resolutions. This graphics hardware can run 238 of the 1000 most demanding PC games played today.

Looking at some of the modern popular games people are playing today the Radeon RX 560 Sapphire Pulse OC 2GB is predicted to run Dying Light 2 with weak performances on 1080p Ultra, getting 0 frames per second. Comparing this to Star Citizen which is predicted to get playable results, where it averages 34 FPS. Another popular game we looked at is Battlefield 2042, which is running at 0 frames per second.

Overview
Radeon RX 560 Sapphire Pulse OC 2GB is an Middle-Class Graphics Card based on the 4th Generation of the Graphics Core Next (GCN) Architecture.

GPU
It equips a GPU Codenamed Polaris 21 which has 16 Compute Units activated and thus 1024 Shader Processing Units, 64 TMUs and 16 ROPs. It features a Boost overclock from 1275MHz to 1300MHz.

System Suggestions
Radeon RX 560 Sapphire Pulse OC 2GB is best suited for resolutions up to and including 1600x900. Higher resolutions will be an issue due to the limited 2GB of VRAM.. We recommend a Performance Processor and 8GB of RAM for Optimal Performance.