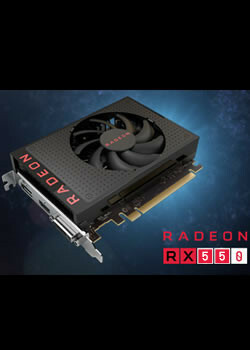 Based on current gaming requirements the Radeon RX 550X 4GB is considered one of the weakest cards and wont meet modern AAA game specs.

What FPS performance can the Radeon RX 550X 4GB get on latest AAA 2022 games? In particular our game review looks at the FPS achieved running on Ultra graphics settings on the 1080p screen resolution as well as 1440p and 4K. Of the 1000 most demanding recommended specs found in game requirements today, this gpu is more powerful than the graphics requirement of 140 games in todays list.

As the PC gaming masses explore larger screen resolutions we decided to run some game checks at 1440p across a few popular games. We discovered the Radeon RX 550X 4GB ran FIFA 22 to a playable performance level. Results across the graphics settings looked like this, Low: 115 FPS, Medium: 90 FPS, High: 61 FPS and Ultra: 43 FPS. Another game tested was Battlefield 2042, L: 0FPS, M: 0FPS, H: 0FPS, U: 0FPS. And then we checked graphics card performance on Resident Evil 8, which returned L: 0FPS, M: 0FPS, H: 0FPS, U: 0FPS at 1440p. Looking at a few of these 1440p results for the Radeon RX 550X 4GB we get the impression that it is going to need to lower its graphics settings to medium on modern games.

Memory
The GPU accesses a 4GB frame buffer of Fast GDDR5, through a 128-bit memory interface, while the Memory Clock Operates at 1750MHz.

Power Consumption
With a rated board TDP of 75W, it requires at least a 350W PSU and relies entirely on the PCI Slot for Power, meaning no Extra Connectors are required.

Performance
This graphics card was designed and marketed towards the competitive MOBO gamers. A light weight, small form factor GPU solution that offers mobility, so that gamers travelling to events can bring a smaller cheaper gaming rig. The Radeon RX 550X 4GB can play most modern games at medium graphics selection on a 1600p screen res and expect around 45+FPS. Performance is exactly the same as the Radeon RX 550.

System Suggestions
Radeon RX 550X 4GB is best suited for resolutions up to and including 1600x900. We recommend a Performance Processor and 8GB of RAM for Optimal Performance.