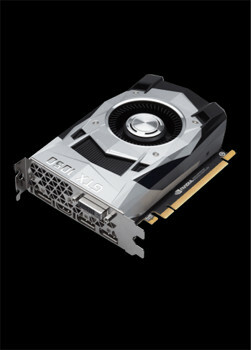 Lets look at the GeForce GTX 2050 Ti 4GB game performance guide for some of the biggest games played in 2022. In particular we will see how well this graphics card runs on Ultra settings on 1080p resolution as well as 1440p and 4K. This graphics hardware can run 304 of the 1000 most demanding PC games played today.

A GeForce GTX 2050 Ti 4GB card at 1080p is seeing a weak frame rate when running Dying Light 2 on Ultra - 16 FPS. Lets look at the performance its getting on Far Cry 6 which is 14 FPS. To add a bit more variety lets see how the popular Back 4 Blood performs on this hardware, which gets a reasonable 47 FPS.

With PC gamers looking for larger screen sizes like 1440p we tested the GeForce GTX 2050 Ti 4GB by playing Dying Light 2 which yielded a weak performance. Its FPS results for the graphics settings are as follows - L: 31FPS, M: 25FPS, H: 17FPS, U: 12FPS. Another popular game we tested with this card was Far Cry 6 and that was weak. This graphics card delivered 10 FPS at Ultra 1440p. Another popular title was Back 4 Blood which gets playable results with a 36FPS on Ultra 1440p. 1440p GeForce GTX 2050 Ti 4GB PC gaming is not going to be able to keep stable frame rates at all times at Ultra 1440p on modern games.

Overview
The GeForce GTX 2050 Ti is a rumoured Nvidia lower-end Turing graphics card that will be announced in 2019. It is competing against AMDs more affordable gaming cards.

Memory
The GPU accesses a 4GB frame buffer of fast GDDR5 through a 128-bit memory interface, while the Memory Clock Operates at 3504MHz.

Performance
The GTX 2050 Ti will enable mid-level graphics performance on modern AAA 2019 released games. Although there will be variations on this frame rate we expect this card to deliver around 55+ FPS on medium graphics settings at a 1080p screen resolution.
Comparatively, this card will be faster than the performance of the outgoing GTX 1050 Ti

System Suggestions
GeForce GTX 2050 Ti is best suited for resolutions up to and including 1920x1080. We recommend a modern CPU like the i5-7500 and 12GB of RAM for minimal system bottleneck.