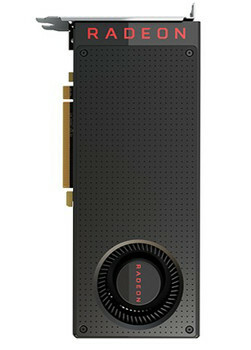 Here is a performance review on how capable the Radeon RX 590 8GB is at running the more popular games of 2022. Specifically looking at this PC hardware’s ability to get suitable frames per second to play on Ultra game settings and what FPS it might get on 1080p, 1440p and 4K screen res. 756 games can be played by this graphics card of the 1000 most demanding games being played by PC gamers today.

First we looked at 1080p resolution for the Radeon RX 590 8GB performance to explore what sort of benchmarks it would achieve on the popular title Far Cry 6 and saw it deliver playable frames per second across the following graphics settings - Low: 87 FPS, Medium: 69 FPS, High: 46 FPS and Ultra: 33 FPS. We proceeded to look at Grand Theft Auto VI to see how that compared and predict that it will return a playable 31 FPS at Ultra 1080p.

Moving screen sizes up to 1440p we ran Far Cry 6 on the Radeon RX 590 8GB to see that it got a playable set of frame rates. Here are the low to ultra results at 1440p - L: 66FPS, M: 52FPS, H: 35FPS, U: 25FPS. Another popular game to investigate at 1440p with this card was Grand Theft Auto VI which we predicted will be weak in performance netting an Ultra FPS of 23 FPS. Finally we then took a look at Battlefield 2042 where its Ultra 1440p Frame rates were weak at 18 FPS. 1440p gaming on the Radeon RX 590 8GB is not ideal and its more advisable to run modern games at 1080p resolution. But if you really want to play games at 1440p then you will likely have to make some graphical adjustments to improve game FPS stability.

Whats a good PC graphics upgrade for the Radeon RX 590 8GB? A good upgrade choice for this graphics card today would be the 30 Series GeForce RTX 3050 Ti. For comparison of the 1000 most demanding games around today this suggested upgrade is 41% better and can meet 972 of their recommended requirements. Alternatively a suitable upgrade choice for the Radeon RX 590 8GB is the R-500 Series Radeon RX Vega 64 8GB, which is 34% more powerful and can run 961 of the 1000 most demanding PC games beating their recommended requirements.
FPS System Benchmark
80 FPS
High
Game
Red Dead Redemption 2