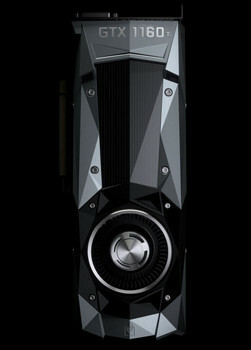 While some games have more powerful requirements than this GPU, the GeForce GTX 1660 is only really challenged by the most demanding games released today, but normally it is more than capable of running games with a stable frame rate at 1080p.

Here is a quick game performance synopsis for the AAA games played in 2022. In particular we focus on how well the GeForce GTX 1660 runs at Ultra graphics settings and what frames per second it is getting at 1080p, 1440p and 4K monitor resolutions. This card runs recommended graphics requirements of 755 games from the top 1000 most demanding games being played today.

One of the growing popular screen resolutions for PC gaming is the wider 1440p. So we wanted to see how well the GeForce GTX 1660 performed at 1440p by taking a look at some of the current popular games. First we looked at Back 4 Blood and saw it deliver reasonable frames per second across the following graphics settings - Low: 122 FPS, Medium: 96 FPS, High: 65 FPS and Ultra: 46 FPS. We then checked the performance on Resident Evil 8 to see if that runs well. It was playable with a 30 FPS at Ultra 1440p. Running games at 1440p with a GeForce GTX 1660 is ok at playing most games but might need to have the graphics settings lowered to medium preset in some cases.

Whats a good PC graphics upgrade for the GeForce GTX 1660? If you are thinking of upgrading this graphics card then we would currently suggest the 30 Series GeForce RTX 3050 Ti. This PC hardware upgrade performs 42% better and can run 972 of today’s 1000 most demanding PC games. Alternatively if you want an upgrade suggestion for the GeForce GTX 1660 then a good choice would be R-500 Series Radeon RX Vega 64 8GB as this is better than 961 of the top 1000 most demanding game requirements with 35% better performance as well.
FPS System Benchmark
75 FPS
High
Game
Red Dead Redemption 2

Shadow of the Tomb Raider

Shadow of the Tomb Raider

Architecture
The Turing GPU architecture aims for 30-50% as much performance as the previous-gen Pascal Architecture.

Memory
The GPU accesses a 6GB frame buffer of fast GDDR5 through a 192-bit memory interface, while the memory clock Operates at 2001MHz, or 8GHz effective.

Power Consumption
With a rated board TDP of 120W, this graphics card requires one 8-pin power connector.

Performance
The GeForce GTX 1660 will enable medium to high graphics performance on modern AAA 2018 released games. Although there will be variations on this frame rate we expect this card to deliver around 50+ FPS on High graphics settings at 1080p screen resolution.
Comparatively, this card will have slightly faster performance than the GTX 1060.

System Suggestions
The GeForce GTX 1660 is best suited for resolutions up to and including 2560x1440, so our recommendation would be to use 1920x1080 in order to get the most out of your settings. We recommend a high-end processor such as the i5-8500 and 12GB of RAM for optimal performance.