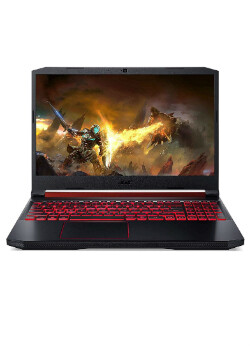 This PC hardware performance game review for the GeForce GTX 1650 Ti Mobile graphics card, when running 2023 more popular games, lets us see what type of FPS this card gets when playing at 1080p, 1440p and 4K screen resolutions and ultra settings. This graphics hardware can run 301 of the 1000 most demanding PC games played today.

Now onto the frame rates achieved at 1080p. We are seeing Forza Horizon 5 getting 23 FPS with the GeForce GTX 1650 Ti Mobile, Dying Light 2 getting 17 FPS and Star Citizen predicted to get 48 frames per second. All run on Ultra at 1920x1080 screen res.

Overview
GeForce GTX 1650 Ti Mobile is a mid-range GeForce 16 Series graphics card for laptops based on the Turing GPU architecture. It is considered a great price to performance graphics card.
Architecture
The Turing architecture represents a process shrink down to 12nm compared to 14nm Pascal. Unlike the RTX series, the GTX series does not support real-time ray-tracing.

Memory
The GPU accesses a 4GB frame buffer of GDDR6 through a 128-bit memory interface, while the memory clock Operates at 2000MHz, or 8GHz effective.

Power Consumption
With a rated board TDP of 75W, this graphics card does not require a dedicated power connector.

Performance
The GeForce GTX 1650 Ti Mobile will offer a peroformance around 10% slower than the desktop GTX 1650 Ti. This will enable medium to high graphics performance on modern AAA 2020 released games. Although there will be variations on this frame rate we expect this card to deliver around 50+ FPS on High graphics settings at 1080p screen resolution.
Comparatively, this card will have slightly faster performance than the GTX 1060 Mobile.

System Suggestions
The GeForce GTX 1650 Ti 4GB Mobile is best suited for resolutions up to and including 2560x1440, so our recommendation would be to use 1920x1080 in order to get the most out of your settings. We recommend a modern low-end processor such as the i5-8300 and 16GB of RAM for optimal performance.