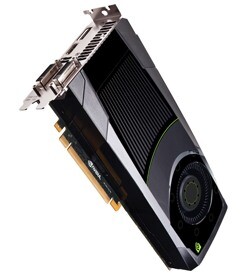 Based on current gaming requirements the GeForce GTX 680 is considered one of the weakest cards and wont meet modern AAA game specs.

How well will the GeForce GTX 680 run 2022 games? We will take a look at the biggest releases and frames per second analysis on Ultra graphics settings. This graphics hardware can run 196 of the 1000 most demanding PC games played today.

The 1080p FPS on Ultra for the GeForce GTX 680 shows us that Forza Horizon 5 is getting a weak result of 0 FPS, and then we are seeing Battlefield 2042 returning a weak 0 FPS while another game on our list is the Star Citizen which is predicted to get 26 frames per second at Ultra 1080p.

Moving screen sizes up to 1440p we ran Battlefield 2042 on the GeForce GTX 680 to see that it got a weak set of frame rates. Here are the low to ultra results at 1440p - L: 0FPS, M: 0FPS, H: 0FPS, U: 0FPS. Another popular game to investigate at 1440p with this card was Star Citizen which we predicted will be weak in performance netting an Ultra FPS of 19 FPS. Finally we then took a look at Forza Horizon 5 where its Ultra 1440p Frame rates were weak at 0 FPS. Running games at 1440p with a GeForce GTX 680 is going to struggle at this higher gaming resolution.