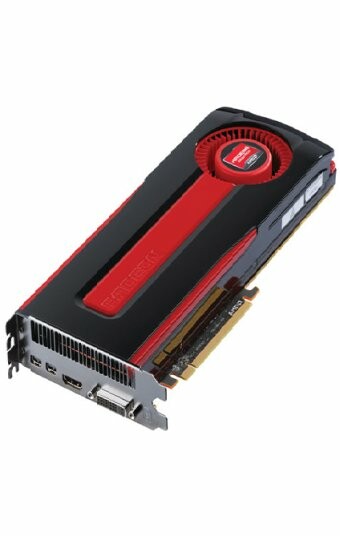 Based on current gaming requirements the Radeon HD 7970 is considered one of the weakest cards and wont meet modern AAA game specs.

What FPS performance can the Radeon HD 7970 get on latest AAA 2022 games? In particular our game review looks at the FPS achieved running on Ultra graphics settings on the 1080p screen resolution as well as 1440p and 4K. Of the 1000 most demanding recommended specs found in game requirements today, this gpu is more powerful than the graphics requirement of 178 games in todays list.

First we looked at 1080p resolution for the Radeon HD 7970 performance to explore what sort of benchmarks it would achieve on the popular title Far Cry 6 and saw it deliver weak frames per second across the following graphics settings - Low: 0 FPS, Medium: 0 FPS, High: 0 FPS and Ultra: 0 FPS. We proceeded to look at Grand Theft Auto VI to see how that compared and predict that it will return a weak 0 FPS at Ultra 1080p.

Moving screen sizes up to 1440p we ran Far Cry 6 on the Radeon HD 7970 to see that it got a weak set of frame rates. Here are the low to ultra results at 1440p - L: 0FPS, M: 0FPS, H: 0FPS, U: 0FPS. Another popular game to investigate at 1440p with this card was Grand Theft Auto VI which we predicted will be weak in performance netting an Ultra FPS of 0 FPS. Finally we then took a look at Resident Evil 8 where its Ultra 1440p Frame rates were weak at 0 FPS. Gaming at 1440p with the Radeon HD 7970 is not the best choice to run modern games.

Overview
Radeon HD 7970 is a High-End Graphics Card based on the Graphics Core Next (GCN) Architecture.

GPU
It equips a GPU Codenamed Tahiti XT which has 32 Compute Units activated and thus offers 2048 Shader Processing Units, 128 TMUs and 32 ROPs. The Central Unit is clocked at 925MHz.

Memory
The GPU accesses a 3GB frame buffer of fast GDDR5, through a 384-bit memory interface. The size of the frame buffer is exaggerated and in no way benefits the GPU. The Memory Clock Operates at 1375MHz.

Performance
Radeon HD 7950 used to compete with GeForce GTX 680 but its performance was even behind the lower positioned GeForce GTX 670 and was later replaced by a faster Radeon HD 7970 GHz Edition.

System Suggestions
Radeon HD 7970 is best suited for resolutions up to and including 1920x1080. We recommend a Strong Processor (Intel Core i5 Quad Core/AMD FX Six Core) and 8GB of RAM for Optimal Performance.