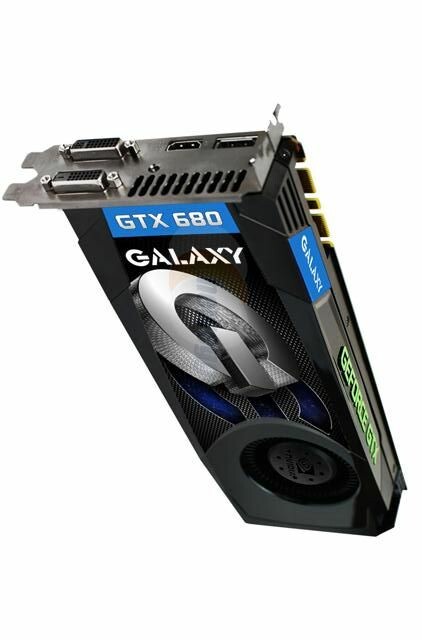 The GeForce GTX 680 Galaxy Edition is a very low performing piece of gaming hardware and can probably only run indie system requirements.

We take a look at game performance achieved on this graphics card when running 2022 popular games. This short GeForce GTX 680 Galaxy Edition game hardware review looks at the graphics card frame rate performance on Ultra graphics settings at 1080p, 1440p and 4K screen resolutions. We look at 1000 of the most demanding games available today and this GPU is better than the recommended graphics requirement of more than 240 games in the list.

Running at 1080p this card gets a weak frame rate from Dying Light 2 with 0 FPS on Ultra. Then we take a look at Grand Theft Auto VI which is predicted to return a weak 0 FPS. Another title that we looked at is the popular Back 4 Blood which we saw getting a playable 36 FPS.

With PC gamers looking for larger screen sizes like 1440p we tested the GeForce GTX 680 Galaxy Edition by playing Dying Light 2 which yielded a weak performance. Its FPS results for the graphics settings are as follows - L: 0FPS, M: 0FPS, H: 0FPS, U: 0FPS. Another popular game we researched with this card was Grand Theft Auto VI and that was weak. This graphics card is predicted to deliver 0 FPS at Ultra 1440p. Another popular title was Back 4 Blood which gets playable results with a 27FPS on Ultra 1440p. 1440p GeForce GTX 680 Galaxy Edition PC gaming is not going to be able to maintain a playable game at this resolution.

GeForce GTX 680 Galaxy Edition is a Special Edition of the powerful GeForce GTX 680. See the standard version for more information about it.
Compared to the standard version, GeForce GTX 680 Galaxy Edition features an increased core-clock that went from 1006MHz to 1110MHz and the turbo boost from 1100MHz to 1176MHz. The amount of memory was also increased from 2GB to 4GB, proving useful if gaming at high resolutions and using many image improving techniques, though we consider this excessive.
Expect a 9% performance boost when compared to the standard card.