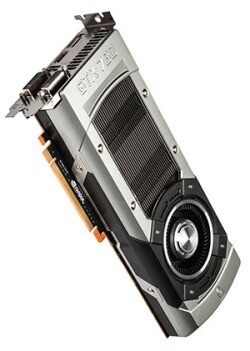 The GeForce GTX 780 is a very low performing piece of gaming hardware and can probably only run indie system requirements.

How well will the GeForce GTX 780 run 2023 games? We will take a look at the biggest releases and frames per second analysis on Ultra graphics settings. This graphics hardware can run 281 of the 1000 most demanding PC games played today.

Running at 1080p this card gets a playable frame rate from Back 4 Blood with 43 FPS on Ultra. Then we take a look at Battlefield 2042 which returns a weak 0 FPS. Another title that we looked at is the popular FIFA 22 which we saw getting a good 67 FPS.

Increasing resolution to 1440p is something a number of PC gamers are doing today. We tested the GeForce GTX 780 at 1440p with Back 4 Blood, which got a playable set of FPS results. These were, Low: 86 FPS, Medium: 67 FPS, High: 45 FPS and Ultra: 32 FPS. We then checked out Battlefield 2042 which had a set of graphics results as followed, L: 0FPS, M: 0FPS, H: 0FPS, U: 0FPS. And another popular game was FIFA 22 that returned L: 135FPS, M: 106FPS, H: 72FPS, U: 51FPS at 1440p. Gaming at 1440p with the GeForce GTX 780 is a perfectly suitable selection of hardware for theis larger screen size. If a game at 1440p struggles a bit or experiences a frame drop then you can tweak settings in game to help get it stable. This might mean lowering it to medium or low in some specific options.

GeForce GTX 780 is a high-end graphics-card based on the 28nm, Kepler architecture.
It's based on the Kepler GK110 Core (same used on Titan) but with 12 SMX activated and therefore offers 2304 Shader Processing Units, 192 TMUs and 48 ROPs on a 384-bit memory interface of fast GDDR5. While the central unit runs at 863MHz and goes up to 902MHz in Turbo, the memory clock operates at 1502MHz. It consumes up to 250W.
Benchmarks indicate that its performance is up to 30% better than previous GeForce GTX 680 and thus allows even the most demanding games to be playable at the highest settings, at 1080p. With proper overclocking and cooling, it can surpass GeForce GTX Titan.