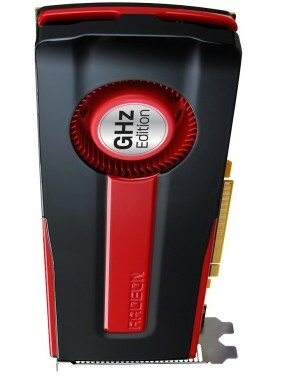 The Radeon HD 7970 GHz Edition is a very low performing piece of gaming hardware and can probably only run indie system requirements.

Lets look at the Radeon HD 7970 GHz Edition game performance guide for some of the biggest games played in 2023. In particular we will see how well this graphics card runs on Ultra settings on 1080p resolution as well as 1440p and 4K. The Radeon HD 7970 GHz Edition can run the recommended graphics system requirements for 223 games today, of the top 1000 most demanding.

A Radeon HD 7970 GHz Edition card at 1080p is predicted to see a playable frame rate when running Star Citizen on Ultra - 29 FPS. Lets look at the performance its getting on Days Gone which is 29 FPS. To add a bit more variety lets see how the popular Back 4 Blood performs on this hardware, which gets a weak 19 FPS.

With PC gamers looking for larger screen sizes like 1440p we tested the Radeon HD 7970 GHz Edition by researching Star Citizen leading us to predict a weak performance. Its FPS predictions for the graphics settings are as follows - L: 57FPS, M: 45FPS, H: 30FPS, U: 22FPS. Another popular game we tested with this card was Days Gone and that was weak. This graphics card delivered 22 FPS at Ultra 1440p. Another popular title was Back 4 Blood which gets weak results with a 14FPS on Ultra 1440p. Running games at 1440p with a Radeon HD 7970 GHz Edition is not a first choice gaming resolution. While this graphics card would likely be more suited to 1080p gaming, you may be able to make some graphical tweaks in the game options to improve your stability at 1440p.

Overview
Radeon HD 7970 GHz Edition is a High-End Graphics Card based on the First Revision of the Graphics Core Next (GCN) Architecture.

GPU
It equips a GPU Codenamed Tahiti XT2 which has 32 Compute Units activated and thus offers 2048 Shader Processing Units, 128 TMUs and 32 ROPs. The Central Unit is clocked at 1000MHz and goes up to 1050MHz, in Turbo Mode.

Memory
The GPU accesses a 3GB frame buffer of fast GDDR5, through a 384-bit memory interface. The size of the frame buffer is exaggerated and in no way benefits the GPU. The Memory Clock Operates at 1500MHz.

System Suggestions
Radeon HD 7970 GHz Edition is best suited for resolutions up to and including 1920x1080. We recommend a Very Strong Processor (Intel Core i7 Quad Core/AMD FX Eight Core) and 8GB of RAM for Optimal Performance.