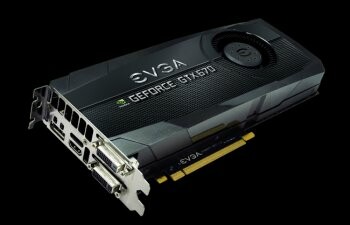 Based on current gaming requirements the GeForce GTX 670 FTW 2GB is considered one of the weakest cards and wont meet modern AAA game specs.

Looking at some of the modern popular games people are playing today the GeForce GTX 670 FTW 2GB is running FIFA 22 and delivering reasonable performances on 1080p Ultra, getting 53 frames per second. Comparing this to Forza Horizon 5 which is getting weak results, where it averages 0 FPS. Another popular game we looked at is Resident Evil 8, which is running at 0 frames per second.

People are turning their increasingly more powerful graphics cards to the popular 1440p screen size so we tested the GeForce GTX 670 FTW 2GB to see how it performs on 1440p. First off we have looked at FIFA 22 where it was playable. The frame rates it scored for the game presets were - Low: 107 FPS, Medium: 84 FPS, High: 57 FPS and Ultra: 40 FPS. We added Forza Horizon 5 to our tests and saw it was weak with a 0 FPS at Ultra 1440p. And then tested Resident Evil 8 which got 0 FPS at Ultra 1440p. Getting popular modern games to run at 1440p on the GeForce GTX 670 FTW 2GB is not a viable PC gaming choice.

GeForce GTX 670 FTW 2GB Edition is a Special Edition of the powerful GeForce GTX 670. See the standard version for more information about it.
The new features include increased core and memory clocks that went from 915MHz to 1006MHz and from 1500MHz to 1552MHz, respectively. The Turbo Boost was also increased to 1084MHz.
The performance boost is significant and about 6.5% better than GeForce GTX 670, according to most benchmarks.
Even the most demanding games will run at the highest settings.