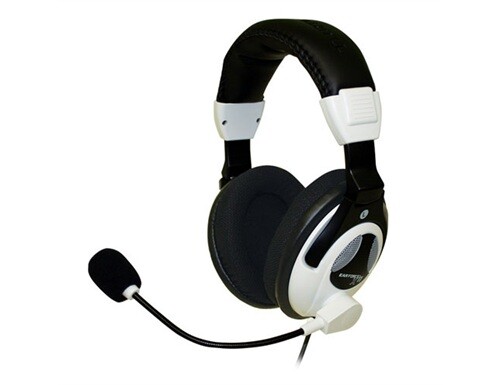 Playing your favorite game with the X11 gives you a significant advantage because you can hear sound cues that are missed with speakers, such as the soft footsteps of an enemy sneaking up on you, or the click of a loading weapon in the distance. That means you’ll react faster and take them out before they take you out, giving you a competitive edge that can make the difference between winning and losing. You’ll also enjoy unsurpassed comfort during extended game play thanks to the large, deep-cushioned ear cups and rugged, lightweight design.

If you’re serious about your XBOX or PC gaming, then get serious about the sound. Move up to the Ear Force X11 and become a better player while experiencing your games as they were meant to be heard.
Quoted from:
Home site