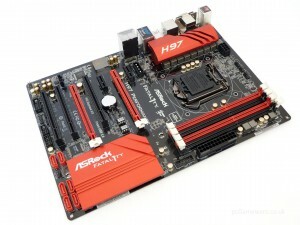 Release Period - Unknown Release Date
ASRock Fatal1ty H97 Performance Review
Due to this being an H97 based board, there’s no SLI support (and although CrossFire is supported, bandwidth is likely to be limited by the second x4 PCIE bandwidth), there’s also no support for memory above 1600MHz and no support for M.2. And of course there’s no CPU overclocking, because that’s only available on the Z boards, right? WRONG!

This ASRock Fatal1ty H97 Performance board has a trick up its sleeve, aptly named Non-Z OC! On this board you can overclock, as ASRock have utilised a known workaround, that Intel are aware of!
Quoted from:
dimebagdavey