It's certainly one way to get the gaming community's attention turned onto a struggling Kickstarter project. Owchemy labs – the indie dev behind games like Jack Lumber and Snuggle Truck – have announced that their crowdfunded survival sim Dyscourse will feature several well known faces from the world of indie development

In a move that lends who new meaning to the term "metagame" the new scenario – entitled “indie plane crash” - envisions several well-known indie devs whose plane has crash landed on the way to a convention. To survive, they must band together or violently turn on each other (the choice is yours) ...

Deverlopers currently featured incude Edmund McMillen (Super Meat Boy), Ron Carmel (World of Goo), Phil Tibitoski (Octodad), Rami Ismael (Ridiculous Fishing, Super Crate Box) and Tim Schafer (Costume Quest, The Cave and everything else, basically) among others. The inclusion of this scenario has already brought a great deal of attention to the project, which still needs $24,000 in the next 17 days to make it's crowd-funding target.

"Indie Plane Crash" is just one scenario in the game. The main Dyscourse game stars Rita, a barista who finds herself marooned with tourists after a plane crash. Playing as Rita, players will be able to decide whether to play compassionate or ruthless, team player or lone wolf.

Dyscourse is due to go into beta in May 2014, with the launch currently estimated at next September. Backers who pledge $15 will get a free Steam key on launch, whilst those who give $20 or more will also receive a beta key, wallpaper and the digital soundtrack to the game.

What do you think? Is this a genuinely amusing concept, merely a cunning way to get the industry's attention, or both?

Do you think this title looks worthy of being Kickstarted?

Tell us what you think in the discussion area.

Does anyone even know what those devs look like? :D 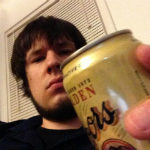 Same here. I'll have to check it out myself.