As we know, AMD is getting ready to launch their first Kaveri APUs in January 2014. According to them, these new chips will provide around 20-30 percent gain over their predecessors in both GPU and CPU criteria.

The A10-7850K, being the flagship of the Kaveri APU series, is getting a lot of hype after its reveal last week. The main attraction is its GFlops value, although personally I was expecting some 1 TFlop value...

Along with the expected A10-7000K chips, two confirmed dual core chips; A4-6320 and A6-6420K are up for pre-order in USA. The pre-order price is quite high and is more than was expected previously. You can book your A10-7850K for just $189.24 while the A10-7700K can be reserved for a justified $167. We can expect the box edition of these processors to cost 12-20 bucks less than these pre-order parts, similar to what I suggested earlier (around $160). This will undoubtedly lead to a tough competition among the two chip giants.

Both the A10 APUs have attractive specification along with highly enhanced "Steamroller" cores. The A10-7700K has a base frequency of 3.5GHz which can be pushed up to 3.8GHz under load. This will also house 4MB Cache and 95 Watt Thermal Design Power as the Kaveri Giant (at least until now). The IGP of the same will have 384 Radeon cores and will be similar to one of the R7 series cards.

On the other side of the river, we have the flagship boss A10-7850K waiting for its turn. With a base frequency of 3.7GHz, it can go up to 4.0GHz in turbo mode. Like the aforementioned this will also be based on "Steamroller" cores, but there is an increase in the number of Radeon cores from 384 to 512. Both the above processors will fit in an FM2+ socket.

In this power-battle, we should not forget the two new dual-core A4-6320 and A6-6420K microprocessors based on the "Piledriver" architecture. Both of them share the same amount of cache size (1MB) and TDP value (65 Watts). A4-6320 will have a 3.9 GHz turbo frequency, with its base frequency still unknown. The latter features 4GHz base clock which can be increased to 4.2GHz in AMD Turbo Core.

The A4-6320 is available for a fair price of $57.30 while the better one can be pre-ordered for $75.85. All the new processors will fit into an FM2+ socket. Also it won't be a surprising thing if all these processors launch simultaneously as they are on pre-orders at the same time!

So, do you think the pre-order price is fair for these processors?

These certainly seem impressive to me... Wonder when they will announce the Athlon II X4 version without the iGPU and how they will be priced...

it's a little too much cause it's still early. When prices settle in 1-2 months, it will be even better i guess.
but i really want 6-core and 8-core steamroller based fx or even apu-i don't care about the i gpu for now, although i know others do.

No chance they can make that on 28nm bulk, and global foundries are not going to make 28nm SOI because of lack of interest from other clients
So even if they had some FX update it is still stuck on 32nm

Although I hear about the strange relations of AMD with their associated factories all the time, I don't know details. Well, I wouldn't say no to something like 32nm Steamroller-like, or even higher clocked, quality, cheaper enhanced Piledriver : )
Ooh, by the way, you mean that they can't make a mainstream-market series of cpus on 28nm because it is very expensive for them as of now?

You forgot it has an igpu at lvl of HD7750, and performance wise it should be at an SB-IB i5 but we will see when it's released and benchmarks are done. :)

Only difference is that gddr5 will perform better on higher res while ddr3 will have problems, but at under 900p they both will have same performance.

I am curious what that igpu can handle

Same here can't wait to see the power of the igpu and am curious about it's single core performance hope it will hit Intel SB to IB performance. :D

Unlikely, cpu part in apu was always cropped fx core and now they filled additional transistor space with bigger igpu and not bigger core or l3 cache
If kaveri have 4 cores if they are fast as SB or IB it will cost 250-300 usd and not 170

Why would they not? Intel is always gen ahead of AMD so either way Haswell and Broadwell still have higher performance then SB and IB so an AMD Kaveri fast as an SB now could be possible they still 2 gen behind Intel so. Well either way I know that in near future I will probably get into Intel CPUs. :/ 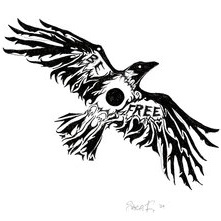 Currently in the process of choosing stuff to build a new computer with (my current one will live on as a christmas present to my parents :-P), I am looking forward to Kaveri.
Playing mostly stuff like Paradox Grand Strategy, Shadowrun Returns, Prison Architect, Planetary Annihilation and thinking about delving into Natural Selection 2, I assume from what information is available thus far, Kaveri could be a very worthwhile addition to a SFF composition.
I guess it comes down to reviews, as well as power draw if I go with Kaveri, but I am leaning towards it.

So you are going to give a PC with HD 7850 to your parents?I think that just 5800K and 4 GB ram will be enough for them(unless they are gamers).

I will eventually cannibalize the HD 7850 either for use in my new computer or probably sell it. I found that it was a wasted investment, as I don't really need the horsepower of an HD 7850 for the stuff I mentioned earlier. I was able to play that stuff with the 5800K before I got the HD 7850 anyways.