Telltale Games The Wolf Among Us Gets Trailer For Episode 2: Smoke And Mirrors

It seems like an absolute aeon since the first episode of The Wolf Among Us was released. I feel like I’ve physically aged during the five month wait. Where once I was a sun-ripened grape, I am now a sad old raisin. Still, it’s on its way at last, as the trailer for Episode 2: Smoke and Mirrors can attest.

I’m not going to lie to you I’ve completely forgotten the events of the first episode, lost as it is back in the mists of time. If my memory serves me correct though it looks like the return of a few familiar faces, such as Bigby Wolf (of course), the slippery Mr Toad and the continuing sub-plot of Beauty and the Beast.

To accompany the old there’s a smattering of new, showing Bigby Wolf getting all angry and err.. wolf-like, as he investigates the murder which has shocked the residents of Fabletown. The dark and seedy tale was chock full of intrigue and murder so it should be interesting to see how this one pans out.

In regards to the delay Telltale’s Kevin Bruner said; "We are very concerned about the long delay for this episode, but this is one of those occasions where several things conspired against us. I won't dive into the details, but it's been an unusual and specific set of circumstances and we do not anticipate it happening again as we go forward with the rest of the season."

Are you looking forward to the second episode of The Wolf Among Us?

Do you think it will rival the first season of The Walking Dead in quality?

these are great!
nice accompaniment to walking dead series 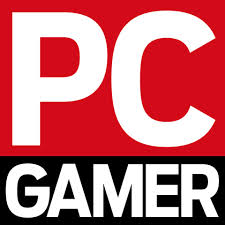 Why do they never dive into the details? I like the details, I want them.

oh man!! i was dying for it!!!I have played both walking dead season 2(ep1) and wolf among us(ep1) and i think later was much better than previous one.

The Walking Dead, The Wolf Among us, these are very good titles. And even though I'm not playing these game, and that I rather prefer fallowing a let's play from a very known YouTuber, I don't really like those "wait a year for a new set of episodes" THEN "wait x time between each episode", I can't fallow the story well after that.

Well, you're missing out, buddy! You could do what I did with Season 1 of The Walking Dead - wait until all the episodes are out. Afterwards, watching a let's play is even more interesting and intriguing! I'm glad you at least consider them good. :)