A band of intrepid data-miners have unearthed some tidbits of information from the now widely available Titanfall beta. The internet’s answer to Columbo, these users have discovered data in the test client’s code that appears to indicate all of the maps included at launch, as well as references to a potential split-screen mode.

Community users over on NeoGAF and Reddit revealed that Angel City and Rapture, the two maps we’ve been blasting our way through in the beta, will be joined by twelve other mechanoid stomping grounds that have all been named and now famed…

The code also contains several references to split-screen multiplayer, although it’s unknown whether this is something that will make it into the final game or if it’s just leftover code from an unused mode. As far as we are aware so far, Titanfall is exclusively an online-only multiplayer game.

Titanfall is set to arrive on PC and Xbox One on March 14th, before arriving two weeks later for Xbox 360.

Which is your favourite beta map so far?

Do you think the level design in Titanfall will be enough to help it stand above its competitors in the FPS market?

Correction: The map is not RAPTURE, its FRACTURE. 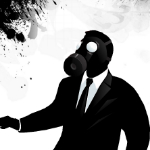 This game is amazing, i fell love with this game after the first experience. I do recommend at least checking the open BETA out.

Beta already reached its maximum cap of players, that means its already full. No one can register on the beta anymore. ^^

Why not try it.. the BETA is open for All..
really fun and fast game play.

Not possible anymore, Respawn said that the open beta registration is up until the maximum of players that they want. Its already full and its not possible to register from now.

oh.. but I never get the BETA key.. I look at my game library and the beta is there.. so I just install and play.. but I do register for it..

I apologize. When it went full beta, those who registered on or before February 15 for the beta gets the game in the library. XD

the beta is closed (no one can join now ) see their website for the beta page.