Bioshock developer Irrational Games is being buried at sea, after it was revealed in a letter from president Ken Levine that the hugely successful studio will be closing its doors for good once the final piece of Bioshock Infinite DLC is released.

This well may well spell the end of the Bioshock franchise as we know it, as the SWAT 4 and System Shock 2 developer looks to wind down and lay-off all but fifteen of the studio’s members in the immediate future..

In a letter on their official website, Levine said "I am winding down Irrational Games as you know it. I'll be starting a smaller, more entrepreneurial endeavor at Take-Two. That is going to mean parting ways with all but about fifteen members of the Irrational team. There's no great way to lay people off, and our first concern is to make sure that the people who are leaving have as much support as we can give them during this transition."

He continued; "Seventeen years is a long time to do any job, even the best one. And working with the incredible team at Irrational Games is indeed the best job I’ve ever had. While I’m deeply proud of what we’ve accomplished together, my passion has turned to making a different kind of game than we’ve done before. To meet the challenge ahead, I need to refocus my energy on a smaller team with a flatter structure and a more direct relationship with gamers. In many ways, it will be a return to how we started: a small team making games for the core gaming audience."

Levine co-founded Irrational Games way back in 1997 along with Jon Chey and Rob Fermier, immediately producing the rapturously received System Shock 2, the precursor to Bioshock as we know it. From there on the team continued with moderate success thanks to games such as Freedom Force, Tribes: Vengeance and SWAT 4, before striking gold with Bioshock.

Levine is now keen to make inroads into the digital market, focusing on highly-replayable narrative driven games. He’ll still be working under the umbrella of Take Two but with a vastly smaller development team making games for the core audience.

It’s not all doom and gloom for Bioshock fans though, as Take-Two may well continue the series using another developer, with the franchise now in 2K’s hands. For now, the final project for the Irrational dev team is the Bioshock Infinite: Burial At Sea Episode 2 DLC, which is scheduled for release on March 25.

Do you think this is the end of Bioshock as we know it?

What sort of games do you hope Levine and his team will work on next? 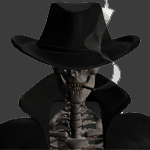 I am worried that Bioshock will now go the route of Halo.. The I.P. picked up by a 3rd party and run into the ground being used as just another sub-par game with a major a money maker name slapped on 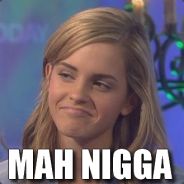 why would you say that Halo 4 was awesome

not as good as its predecessors though. From what I've heard.

This could actually be good news :)

wow i did not expect this O_O

Likewise, but I guess everything has to end sooner or later. (except for the half life series :p)

And thats bad thing? "my passion has turned to making a different kind of game than weâ€™ve done before" YES make System Shock I am waiting 10 years

Bioshock is one best franchises of the last decade, IMO, and knowing that the people who worked on it will lose their jobs is pretty sad. Levine better have something good up his sleeve.

if anyone could pull it off, it'd be him probably, given Irrational's legacy.

I think he doesn't actually want to be ''a indie god'', for more like I think he wants to take Take Two to a higher level, as he did with Irrational...

SWAT 4 was epic, still playing sometimes on my 8cores ^^ 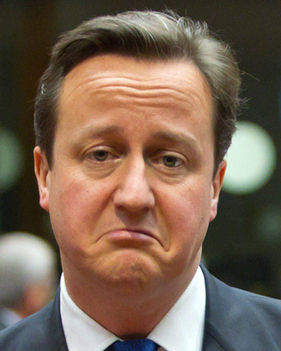 Something Ken levine said in an interview: -
â€œI spend five years [working on a game] and 12 hours later the player is done with it, and that is heartbreaking,â€ he said. â€œThere are some fans who will replay it but you canâ€™t expect that from the average gamer because it wonâ€™t be meaningfully different the second time, and that is an important challenge.â€

so he isnt doing this because they went bankrupt? even though they probably made loads of money with bioshock it still seems weird..

Bioshock Infinite is the best game of the last 10 years for me. I personally didnt like Bioshock 2 which was not done by irrational games. Meaning that without irrational, Bioshock is just another game. I believe that even if Bioshock continues, it wont be the same.

So sad :( Loved The Bioshock series. Infinite is up with my top 5 games. I feel as if it will lose its shine a bit now that the original creators who made it arent there to develop anymore. Wish Ken luck in future though and hopefully those new Highly replayable games he wants to make are even half as good as BIOSHOCk was as in my book that will still be a huge success

maybe, but it'll be like Bioshock 2 probably: a good game, but, not everyone that loves Bioshock will love it. I think that, honestly, Bioshock will be going downhill, unfortunately, I wanted to see so much more after Infinite's ending (not counting the DlCs, since those are separate stories.), since the possibilities are, well, infinite, given the grounds set.

Infinite was a truly amazing game, maybe Irrational Games want to shut down because they think that was the best they can do, and they will be remembered as the creators of one of the most memorable games!