Dean Hall To Leave Bohemia And Step Down As DayZ Lead

DayZ creator Dean Hall has sensationally revealed that he will be leaving developer Bohemia Interactive by the end of this year, leaving the development of the now standalone Arma mod to the team he is currently leading.

The zombie survival simulator has been a runaway success for Hall but he will be leaving Bohemia to start off his own studio in his home country of New Zealand. His focus here will, once again, be on attempting to create the perfect multiplayer game…

Speaking in an interview at the DayZ Standalone office in central Prague, Hall said; "I am a grenade. I have a specific use. I'm really good at risk-taking and making other people take risks, I've always been good at that in my life. Like you say, maybe I've got the gift of the gab, so I can talk, I can explain something, I can talk people up to the ledge and get them to jump off it.

"That's what I did with DayZ; I've done it twice now [once with the mod, again with the standalone] - two new code teams have separately done it.

"But eventually, that's the bad person to have. Eventually, you don't want the guy telling you to go over the top and get through. So at some point I'll be a disaster for the project, at least in a leadership role.”

He certainly sounds like a proverbial grenade. Hall stressed that he will be happy to stay at Bohemia for as long as the team needs his help, adding that it would be unfair to leave DayZ immediately in a crucial stage of its development.

What sort of impact do you think this will have on the development of DayZ?

Hall has said previously that he’s chasing the perfect multiplayer game. What do you think this would be? 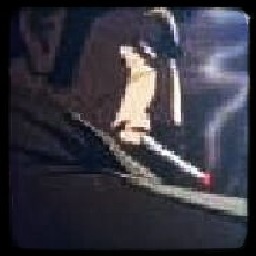 All I gotta say. In that case, maybe it's a good thing to leave.

Zero impact with him leaving, maybe less types of shoes to choose from...
best multiplayer game: sex
i love dayz, or as i call it. "running simulator

Well as long as it doesn't go to consoles

Why shouldn't they get it? You picked PC and they picked Consoles :/ So please explain why they shouldn't get it.

I don't think it will have any impact. He's only stepping down as the lead (at the end of the year, not right now), he's not abandoning DayZ. To those who love to come to rash conclusions - read Rocket's Twitter and reddit, stop spreading stupidity around.

Stop "behomiing"! It's Bohemia and it means Czech in some old language. Don't know how you call it.

just when i had some hope in this game . 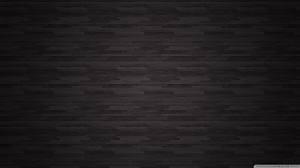 Well r.i.p dayz behomia is going to kill dayz and ruin it :/

Maybe he got jealous of Project Zomboid's near perfect portrayal of a zombie apocalypse when he played it, after all he did host a server for the MP. :p

Fix that "Behomia" in article name.

First Levine and now Hall. Being a big shot in this business probably is anything but fun and games.

I certainly hope it will not impact the game too much, as it promises to be the best zombie survival game in history of gaming when it's finished